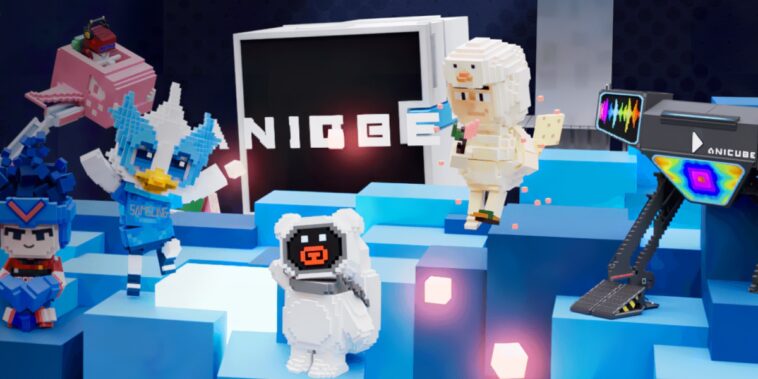 The Sandbox has launched a new two-week event to highlight Korean culture in its virtual gaming world. In the “K-verse,” players can explore five unique experiences crafted by The Sandbox and its brand partners — Anicube, Cube Entertainment, and K League, among others. The event went live on Thursday, November 24th, and continues through Wednesday, December 7th, launching in two waves.

K-verse’s second wave, which runs from December 1st through December 7th, introduces two additional experiences: K-Village and K League Island. K-Village is a Seoul-inspired space that utilizes IP from Korean companies and brands, including Hana Bank, Channel A, and the Kangsong Museum of Art. And K League Island is a second collaboration with the Korean soccer league.

Players who complete all quests within these five experiences and are KYC’d will be eligible for a prize pool of 100,000 SAND. Plus, there are additional benefits for NFT holders.

As part of the event, the K League released an NFT collection on The Sandbox Marketplace. Holders of these NFTs, which are avatars of its teams’ mascots, gain special rewards, event invitations, and uniforms.

It Goes Down in The (Sandbox) Metaverse

The Sandbox has been actively building its virtual gaming world. At Rarity Sniper, we’ve covered many stories of the metaverse company partnering with brands, hosting events, and offering new experiences. Here are three of the top stories:

The Sandbox Partners With Celebs, Brands on Metaverse LAND Sale

The Sandbox partnered with celebrities and major brands on a three-part, thematic LAND sale. The event kicked off with a California-themed sale in partnership with Tony Hawk, Playboy, Snoop Dogg, and others. The second sale, on December 1st, will provide the opportunity to buy into an urban chic zone next to brands such Cipriani, L’officiel, Paris Hilton, and TIME. And the final sale, Voxel Madness, is to join a virtual arcade with Cut the Rope, Dogami, and others.

In September, The Sandbox held a digital wedding in Singapore’s Alkaff Mansion. At the 70s-themed wedding, groom Clarence Chan and bride Joanne Tham made their matrimony official in the metaverse.

TIME to Build “TIME Square” in The Sandbox Metaverse

At NFT.NYC, TIME President Keith Grossman shared that the company partnered with The Sandbox to build “TIME Square,” a digital version of the iconic New York City landmark. It serves as a place of social gatherings, art, and commerce. It is TIME’s first venture into the metaverse.

The Sandbox and its partners have accomplished many firsts. First partnership. First LAND sale. First virtual event. If this continues, it shouldn’t be long until The Sandbox’s virtual world is as active as the real one.