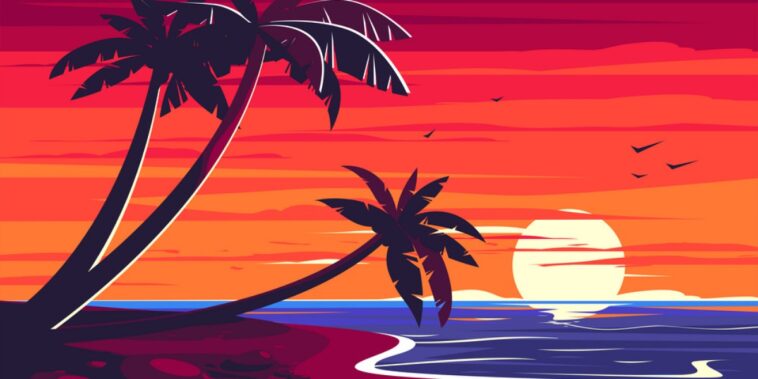 Want to live next to your favorite celebrities and brands?

The Sandbox has partnered with celebrities and major brands on a three-part LAND sale in the metaverse. The virtual real estate will be auctioned off in three thematic waves beginning this Thursday, November 24th, and continuing into early 2023.

The three-part LAND sale event kicks off with California Dreamin’ — a California-themed LAND sale event in partnership with Faze Clan, Tony Hawk, Playboy, Snoop Dogg, and The Marathon Clothing brand. It features 21 ESTATE auctions, 237 Regular LANDs, and 68 Premium LANDs. To participate in the inaugural auction, users must have at least 1,011 SAND in their wallet (approximately $550 at press time). Also, users will be limited to one digital asset purchase per person.

For anyone who misses out on the first LAND sale, they’ll have two more opportunities.

The second themed LAND sale, The Galleria, begins December 1st. The Galleria is an urban chic zone in partnership with Cipriani, L’officiel, Paris Hilton, and TIME. It will feature 15 estate auctions, 303 Standard LANDs, and 44 Premium LANDs. This “upscale” neighborhood might not be for everyone though. In which case, there will be a third and final LAND sale.

The three-part LAND sale ends with Voxel Madness. Voxel Madness is a gaming neighborhood — or “virtual arcade” — featuring brands such as Cut the Rope, Dogami, Hermit Crab Game Studio, Voxies, and more. It will open in 2023 with four ESTATE Auctions,155 Standard LANDs, and 22 Premium LANDs.

The Sandbox isn’t the only player in Web3 gaming. Many Web2 and Web3 companies are getting involved in GameFi, NFTs, and more. At Rarity Sniper, we’ve covered these moves and more.

Here are three Web3 gaming stories you should know about:

In a patent filed by Sony, the multinational electronics company revealed it was working on a new system for tracking in-game digital items using NFTs and blockchain technology. The proposed system would track the creation, use, modification, and transfer of digital assets across platforms.

In October 2022, Mythical Games, the creator of the popular Web3 game Blankos Block Party, launched a DAO and foundation focused on decentralization. To join the DAO, one must buy into its 1 billion Mythos ($MYTH) tokens, which provide Web3 game utility and facilitate ecosystem governance. Mythical Games CEO John Linden stated that the move was made to combat criticism that it was “too Web2.”

Gaming is the perfect match for Web3. It’s got tech-savvy consumers, digital items, and virtual currencies. Forward-thinking companies, like The Sandbox, have recognized this and began staking their claim in the metaverse. And they’re bringing their a-list partners with them.