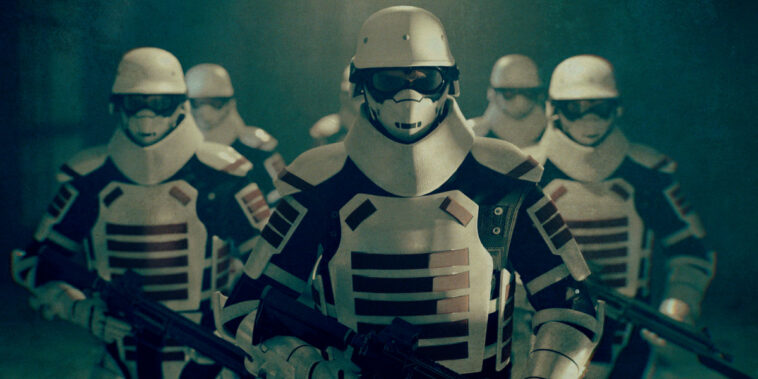 To accompany its final season, The Walking Dead is launching an NFT collection for fans who want to own a piece of one of television’s most enduring shows. The collection will feature a mix of 1:1 generative art pieces, animated artwork, and specific NFTs to highlight fan-favorite characters to moments.

Some examples of non-fungible tokens (NFTs) that the collection will feature include:

The collection will also have “trooper” avatars NFTs from a “Commonwealth” pack that viewers may choose to use as profile pictures on popular social media networks, like other NFT collectors.

The drop itself, which occurs on February 20th, is the first in a handful, all done to commemorate the show’s final season.

The Walking Dead superfans will be able to purchase “The Walker Access Pass,” which is available just for the first drop. Holders of the Pass will receive access to The Walking Dead drops not open to the public, a special members-only channel in Discord, and allowlist opportunities for public The Walking Dead releases.

For the drops, AMC is partnering with Orange Comet and promising a secondary market where The Walking Dead NFT holders will be able to resell and trade their The Walking Dead NFTs. To counter concerns about the environmental impact of NFTs, AMC will have the drop take place on the carbon-neutral Eluvio proof-of-stake blockchain.

The Walking Dead NFT drop is the latest attempt for the entertainment industry to capitalize on non-fungible tokens. Gaming company Atari has released a set of loot boxes with undisclosed contents to be revealed at a later date, and Time Magazine had an NFT drop during 2021.

Entertainment and NFTs may also have a positive future from homegrown NFT collections. Pixel Vault, the creator of Punks Comics, raised $100 million this past week at a $1 billion value, and Jenkins the Valet, capitalizing on the IP privileges of the Bored Ape Yacht Club, is set to release its first community-generated novel in Spring of 2022