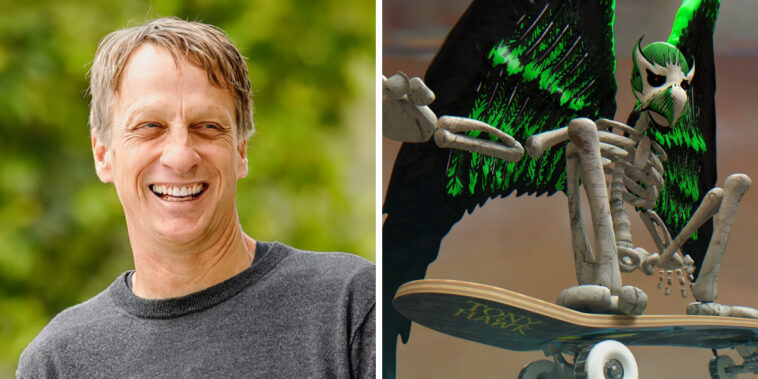 Following the success of his “Last Trick” NFTs, Tony Hawk says he will auction a new “Skateboard NFT Collection” on Autograph.io. Scheduled to launch on April 19th, these one-of-one NFTs will feature a virtual replica of different skateboards associated with one of Hawk’s legendary tricks.

As a bonus, Tony Hawk will ship the five literal skateboards depicted in each NFT holder’s token. Hawk will also sign these special skateboards before sending them to his fans.

Although there are five NFTs in Hawk’s “Last Trick Skateboard Collection,” only four will be available for bidding on Autograph. Hawk gave away his first “Frontside Cab Skateboard” NFT to a random Autograph user with a Collector Score of at least 13,690. On Twitter, Autograph and Hawk announced that the user “@GarryDDeBoer” should receive the “Frontside Cab” NFT on April 18th.

There will be no minimum bid for any of Tony Hawk’s new skateboard NFTs, but Autograph users need a Collector Score of 13,690 to participate. Autograph will open the bidding at noon ET on April 19th for the four remaining NFTs, but each will end on a different date at 5 PM ET.

Here are the four remaining tricks in the “Skateboard NFT Collection” plus their end dates:

For instance, ESPN recently signed a multi-year contract with Autograph and launched its first Tom Brady NFT collection on the DraftKings NFT Market. All of the ESPN Tom Brady NFTs swiftly sold out when they dropped on April 6th.

A few weeks ago, Autograph also announced a deal with Penske Entertainment, which owns the Indianapolis Motor Speedway. Recent reports suggest Autograph will drop official Indy 500 NFTs before the big race airs on May 29th.

And it’s not just pro sports in Autograph’s NFT catalog. In 2021, the studio Lionsgate entered an official agreement with Autograph. This partnership gives Autograph the right to mint NFTs from some of Lionsgate’s hit films, including “John Wick,” “Twilight,” and “The Hunger Games.”

It’s clear Tom Brady is focused on building a successful NFT brand, and it appears the star quarterback caught a case of the “NFT collecting bug.” As Rarity Sniper recently reported, Brady is one of the latest celebrities to enter the elite Bored Ape Yacht Club. The GOAT recently bought the Bored Ape #3667 NFT for about $460,000.