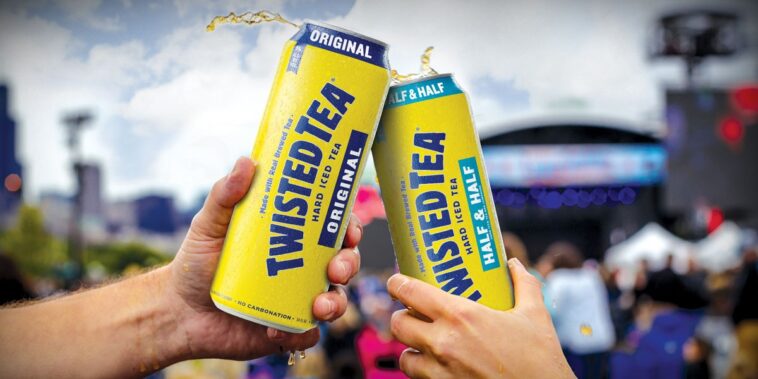 And here’s the twist: The first NFT will be gifted to one super fan who will have their face pasted on the label of 100 million Twisted Tea cans. Furthermore, the NFTs can be traded, bought, and sold with traditional payment methods without a crypto wallet, making the NFT collection accessible to all.

To have a chance to have your face posted on 100 million cans of hard ice tea, fans can upload a picture of their photo on the company website with an explanation of why they should win. The winner will be chosen on August 3.

In addition to the one fan being featured on up to 100 million Twisted Tea cans, the winner can also auction their NFT on Sesame3’s Web3 platform to the highest bidder, who will then also have the opportunity to for their photo to be printed on a select number of cans.

This isn’t the first time Twisted Tea has put pictures of fans’ faces on the labels of its drinks. They began doing so in 2007, and claim to receive 1,000 photo submissions each month.

Erica Taylor, the brand director of Twisted Tea, said the company was excited to partner with Sesame3 for the Web3 venture and to promote their brand in a “totally new space.”

The NFT collection from Twisted Tea is no doubt one of the most original Web3 projects we’ve seen. However, the hard tea brand isn’t the only beverage company to make a foray into NFTs.

At Rarity Sniper, we’ve been reporting all year on beverage brands using NFTs, blockchain technology, and the metaverse to expand their influence and reach new customers. Listed below are a few of the most recent headlines:

As you can see, there’s plenty happening in the Web3 space when it comes to beverage brands. Time will tell if the unique NFT drop from Twisted Tea will be successful. But for one lucky fan, it looks like it will be a great way to get their face out in the world.