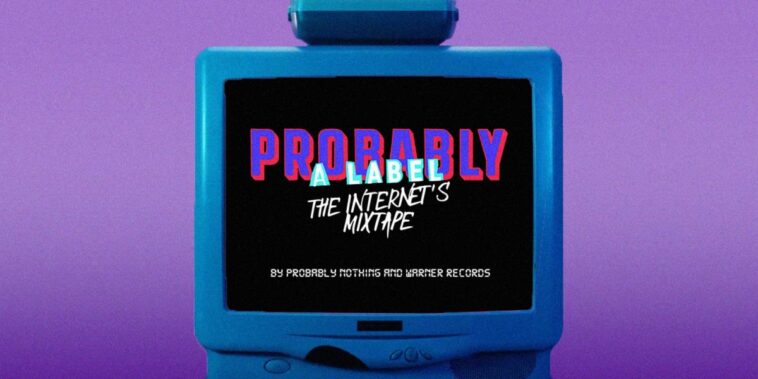 Warner Records and Web3 media group ‘Probably Nothing’ just announced the launch of a new Web3 record label ‘Probably A Label.’ The music label looks to reshape the future of music by empowering artists and fans through community-based ownership.

Previously, Warner partnered with Probably Nothing and Bose for the Stickmen Toys Project. The collection of 5,000 audio-visual NFTs came with utilities including full intellectual property (IP) rights for holders.

This latest project will take IP rights one step further. The soon-to-be-released NFT Label Pass will give established creators a platform to drop new music while simultaneously providing holders with access to Studio A — an incubator tool with resources to bring their NFT’s IP rights to life. Holders of NFTs from approved projects will be able to pitch ideas and collaborate with Warner Records and Probably Nothing to utilize their NFTs.

Jeremy Fall, the celebrity restaurateur who launched Probably Nothing in January with a mission to bring adoption of Web3 to as many people as possible said it was “surreal” to collaborate with Warner Records to transform people’s experience with music in the Web3 space.

Probably A Label holders will also gain access to educational content about best IP execution practices, recording studio sessions, future drops, exclusive merchandise and more. In addition, a community created NFT project to form the record label’s first virtual musician is in the works. The project will give holders the right to vote on the storyline, design, and other creative decisions.

Web3 Record Labels and Projects on the Rise

The Studio A incubator from Probably Nothing and Warner Records is a novel twist to Web3 music. But they aren’t the only record label experimenting with NFTs, cryptocurrency, and blockchain technology. At Rarity Sniper, we’ve covered several labels investing time and money in Web3. Here are a few of the most interesting stories.

First, Snoop Dogg bought the iconic hip-hop label Death Row Records and shortly after announced it would become an NFT music label. Snoop is one of the most active musicians in Web3 and has been collecting NFTs, purchasing virtual land, and dropping NFT music tracks and projects regularly. Most recently, he performed at the MTV Music Awards accompanied by Eminem and their Bored Ape avatars.

Second, Universal Music Group (UMG) bought Bored Ape #5537 to add to its virtual music group KINGSHIP. The group was created by 10:22, a subsidiary record label of UMG, and consists of three Bored Apes and one Mutant Ape NFT. Bored Ape holders are given early access to KINGSHIP creations and experiences.

Probably A Label and its Studio A incubator from Warner Records and Probably Nothing looks like it could be useful for both established artists and NFT enthusiasts, especially creative ones. We’ll be keeping our ears to the ground for word of any new projects or announcements from the new Web3 record label.