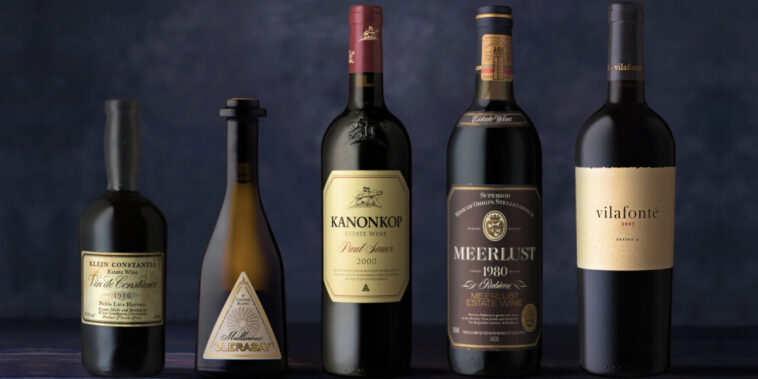 Klein Constantia Estate was the star of South Africa’s first NFT wine auction. The sale for this Cape Town-based winery’s “1986-2027 vertical collection” NFTs sold for $79,000. However, the Meerlust Estate also had an impressive showing with $68,000 in sales for its Rubicon wine NFTs.

Although these NFTs were sold as “lot contracts,” owners can mint and trade individual NFT wine bottles in their collection. Each NFT lot could have between 20 – 50 vintages and 66 – 288 wine bottle NFTs.

A portion of the proceeds from Strauss & Co’s NFT auction will go towards charities dedicated to equality in South Africa’s wine sector.

In fact, there are now NFT trading platforms solely dedicated to the wine & spirits industries. For instance, Rarity Sniper recently reported on the NFT platform BlockBar, which has partnered with IRL brands like Hennessy, Glenfiddich, and Monkey Shoulder.

The site MetaCask on the Casper Blockchain also sells “deed NFTs” for some of the world’s most expensive spirits. Impressively, MetaCask raised $2.3 million in its first auction for a Macallan 1991 cask.

Many high-end liquor brands are also interested in using NFTs to help promote their products. Most notably, the Mexican company Siempre Tequila now uses “Chido” (aka Bored Ape #5132) as its official “spokesape.” There’s even an official Bored Wine Company that uses various Bored Ape NFTs in its labeling.

Nowadays, sommeliers have plenty of ways to fuse their love of fine wine with Web3.