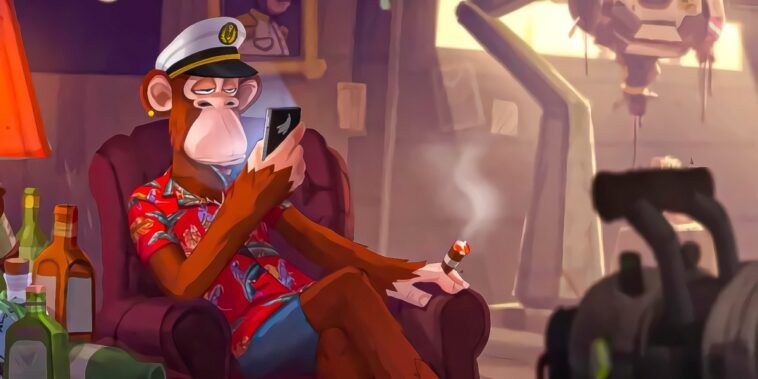 Tucker is well-heeled in the gaming industry. He served as the President of Gaming at Scopely and the Senior Vice President of Product at Gree International Entertainment. He announced the signing with a Tweet, saying, “Thrilled to announce that I am joining @YugaLabs as their first Chief Gaming Officer. Let’s get to building. LFG.”

He added in a statement that Web3 is “revolutionizing” community, gaming, and entertainment in the same way mobile phones did for communication. He is excited to join the Yuga Labs team and continue building in this “era of interoperability” and community growth in the Otherside metaverse.

Speaking of that metaverse, it has been a hit among Web3 degens ever since it launched in May with a drop that crashed Etherscan. Yuga Labs raised over $300 million from primary sales of that NFT drop and has built on that momentum with demos and the “First Trip,” which saw hundreds of people participate in defeating a giant “Koda.”

Even as the crypto market has slumped this year, Yuga Labs, the top NFT company, has not slowed its pace. In fact, if anything, it has sped up. Here are three of the biggest stories involving Yuga Labs this year.

In April, the company was at the center of a bombshell news story when it bought the CryptoPunks and Meebits collections from rival Larva Labs. The purchase gave Yuga Labs a duopoly at the top of the NFT ladder: the two top collections by market cap.

Also in April, Yuga Labs rewarded long-time Bored Ape Yacht Club and Mutant Ape Yacht Club holders with ApeCoin, a fungible token that quickly accrued in value. Many holders of those collections received airdrops worth $75,000 or higher, a strong return on investment, especially considering they could keep their NFTs.

In June, Yuga Labs built on its acquisition of the CryptoPunks NFT collection by hiring Christie’s Head of Digital Sales Noah Davis to be the collection’s brand lead. Davis was quick to assure holders that he would not “mess” with the Punks, avoiding putting them in cringeworthy TV shows or on lunchboxes.

No matter the state of the crypto market, it appears Yuga Labs has always been busy. And given its track record of success, this hire of Spencer Tucker might bring big things to the Otherside metaverse and its NFT holders.