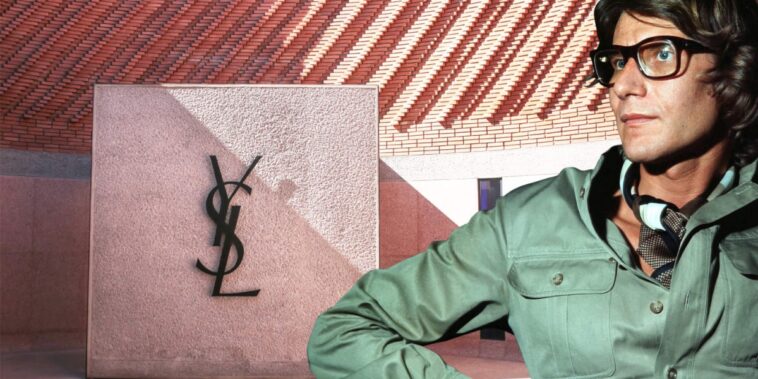 The trademarks were filed on January 12th, 2023, with the United States Patent and Trademark Office (USPTO). The news was released yesterday by trusted USPTO licensed trademark attorney Mike Koundoudis via a Tweet.

Here’s what we know about the trademark applications:

Yves Saint Laurent was founded in 1962 and specializes in leather accessories, footwear, haute couture, and cosmetics. Since its founding, it has been an innovator in the fashion space.

Although this is the brand’s first major move into Web3 and no details have been released in regards to its specific plans, it is regarded as one of the top luxury fashion houses in the world. From the looks of it, YSL is suiting up to enter the world of NFTs, the metaverse, and Web3 retail.

Yves Saint Laurent’s entrance into Web3 is big news for fans of the luxury fashion house. But it certainly isn’t the only fashion house we’ve seen enter the space this year. Here are some of the top stories from Rarity Sniper about fashion in the metaverse.

First, about four months ago, the American department store Bloomingdale’s announced it was opening a metaverse store designed by Emperia. The store went live during New York Fashion Week, and let users experience 360-degree views of luxury products, among other things.

Next, shortly after, another French fashion house, Balmain, announced a partnership with MINTNFT for an NFT membership program. Members will receive a variety of awards, including access to NFT drops and IRL events.

Finally, to celebrate its 60th anniversary, the Council of Fashion Designers of America (CFDA) launched an activation in The Sandbox metaverse. The activation launched on December 19th and featured 60 retro fashion designs that can be worn in The Sandbox.

Web3 technologies are opening new doors in a number of industries, and fashion is no exception. We’ll have to be patient to see what Yves Saint Laurent does once they receive their NFT and metaverse trademarks. But it’s certainly a sign that the reputable fashion house is bullish on Web3.