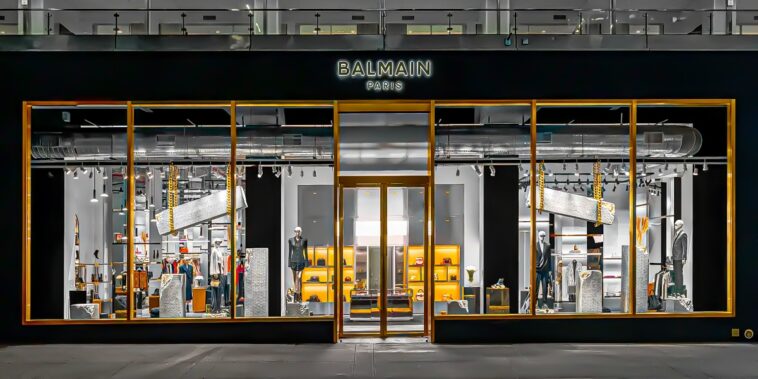 In a press release issued Tuesday, French fashion house Balmain announced that it has partnered with MINTNFT to launch an NFT membership program. The first set of members will come before Paris’s Fashion Week, where Balmain has an annual event. Here are all the details.

Txampi Diz, Balmain’s CMO, said that The Balmain Thread will build upon the company’s strategy to explore new areas to engage its fanbase. Dubbed the “Balmain Army,” this fanbase will receive access to in-person and digital events through the program, as well as have community voting privileges.

The first venture of The Balmain Thread will appear at Balmain’s Paris Fashion Week event. Users will be able to take photos with their mobile devices and have these moments minted on the blockchain. The company has said that NFTs will be an ongoing part of the program, with more details to come.

The program will run on the XRP Ledger, a blockchain known for its environmental friendliness. According to the XRP Ledger website, the blockchain is fast, energy efficient, and reliable. A global community of developers serves as its leadership. MINTNFT will oversee the community’s security, using video verification technology to confirm Balmain Thread’s authenticity.

With many companies launching initiatives into Web3 this year, it may come as no surprise that fashion businesses are doing the same. Never more has that been true than during New York Fashion Week as well. Here are three stories involving companies bringing fashion into Web3, just from the past three weeks.

First, there is Alibaba. The Chinese e-commerce giant recently announced that it was creating an augmented reality fashion show. The event will complement Alibaba’s existing Web3 ventures, including a metaverse luxury goods store.

Second, there is Bloomingdale’s. The company launched a metaverse store during New York Fashion Week to celebrate its 150th anniversary. The store featured top brands like Baccarat and Byredo on the virtual shelves.

Third and finally, there is PUMA. The German apparel company created a metaverse portal for New York Fashion Week. There, users were able to take part in various Web3 experiences. Holders of PUMA NFTs had the ability to use the portal to redeem their NFTs for a real-life pair of shoes.

Balmain’s launch of its NFT membership program is big news and shows that more companies are using NFT technology to bridge the physical and digital worlds. If Paris Fashion Week is anything like NYFW, Balmain’s move could be the precursor to more Web3 activations as well.