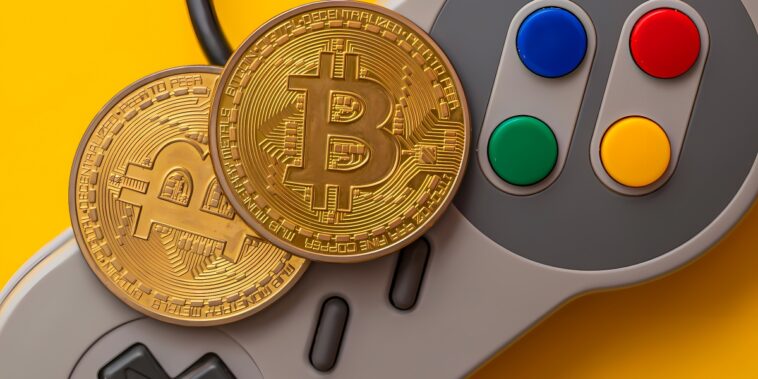 Animoca Brands is known for its investments into the GameFi space. As a financial supporter of Sky Mavis, the creators of Axie Infinity, and The Sandbox, a decentralized metaverse, it has advocated for the adoption of blockchain games and the “open metaverse” concept. Now, it believes that GameFi will serve as an onboarding point for people onto the metaverse.

Speaking at the “Future Blockchain Summit,” Yat Sui, the company’s co-founder, said GameFi will also introduce people to the concept of digital ownership. That concept, which to many people is still foreign, is critical to the success of blockchain games and the open metaverse concept.

Sui noted that most of today’s gaming revenue goes directly into the hands of big tech companies like Apple and Google. Animoca Brands is working to change that by introducing blockchain games that restore power back to the players and gaming companies. The metaverse is another technology where the battle is ongoing, with open and closed metaverses vying for supremacy.

Animoca Brands has certainly kept to its word during this bear market, issuing a paper in support of Sky Mavis and continuing to raise money to fund acquisitions. It recently partnered with NFT company Cool Cats to help it launch into the Web3 gaming industry. And Animoca Brands has acquired Eden Games, among others, to expand its portfolio.

Perhaps the most high-profile company in which it has invested — The Sandbox — continues to form partnerships this year despite the market downturn. Recently, it partnered with Lionsgate Studios, Playboy, and Paris Hilton, to help the three create experiences in its metaverse. As the bear market drags on, Animoca Brands will likely do what it does best: raise money and continue to build.

Animoca Brands has been busy in 2022. It has made headlines for raising money, partnering with NFT companies, and issuing papers in support of ailing projects. Here are three stories we have covered involving Animoca Brands or its subsidiaries during this bear market.

First, there is the partnership between Animoca Brands and Cool Cats. The two announced a strategic partnership last week, the result of communication between Yat Sui and Chairman of the Cool Cats Group, Ken Cron. The goal is for Animoca Brands is to help Cool Cats launch into Web3 gaming.

Second, there is Animoca Brands’ fundraise. The company revealed in July that it had raised $75 million at a valuation of $5.9 billion. Liberty City Ventures, Kingsway Capital, and Alpha Waves Ventures were some of the investors in the round.

Third and finally, there is the TIME Magazine and The Sandbox partnership. During NFT.NYC 2022, TIME President Keith Grossman shared that his company had partnered with The Sandbox. The goal: to build a “TIME Square” in the decentralized metaverse.

Yat Sui’s words about the intersection between GameFi, open metaverses, and digital ownership are helpful to understand how Animoca Brands operates. And given the stories above, there’s no doubt it will keep building even during a bear market.