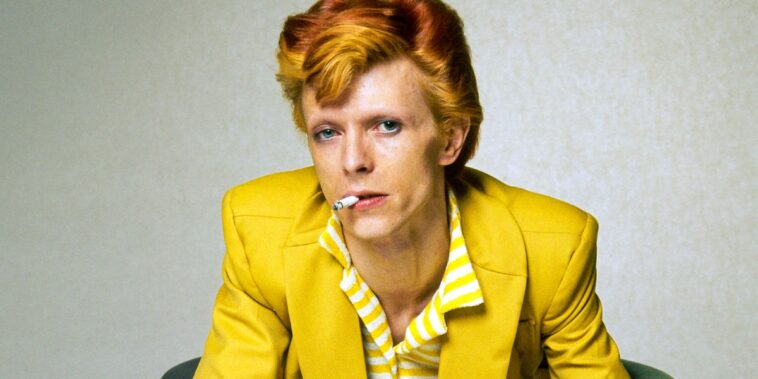 While David Bowie passed away in 2016, his legacy has not been forgotten. Now, nine artists are bringing it into Web3. Titled “Bowie on the Blockchain,” the project will combine the sale of artworks from high-profile NFT talent, with the proceeds going to CARE, of which Bowie’s wife Iman is a global ambassador. Here are all the details.

Ryan Foutty, Vice President at OpenSea, said the company is honored to partner with the David Bowie team to bring his legacy into Web3. Foutty added that this collection will combine artifacts with some of the NFT space’s most ground-breaking artists.

To create their artworks, the artists have the option of using select pieces from David Bowie’s estate. FEWOCiOUS, for instance, is creating a real-life statue that will wear pairs of Bowie’s old clothes. They will mint the accompanying NFT pieces for sale on the blockchain as well.

Andrew Keller of We Love the Arts said he hopes this collection will serve the “ethos of Bowie on the Blockchain.” At the same time, he is looking to spotlight this group of talented artists in Web3, a new and exciting place for the arts.

David Bowie was known as a proponent of the arts throughout his lifetime, spotlighting artists on his website since 1998. He had hoped, in his later years, that the internet would give artists more control over their works.

While many industries have taken to Web3, few have done so as much as the music industry. From metaverse performances to integrating NFTs into IRL shows, here are three stories about the intersection of music and Web3.

Two weeks ago, Eminem and Snoop Dogg integrated their Bored Ape NFTs into an IRL performance at the VMAs. The show didn’t just feature Bored Apes either but parts of the Otherside metaverse, a Yuga Labs creation.

A little under three weeks ago, Miley Cyrus filed for Web3 trademarks related to the names “Miley” and “Miley Cyrus.” The singer registered the trademarks for a variety of uses, including downloadable virtual goods, energy drinks, clothing, and online retail store services.

Four months ago, Charli XCX partnered with Samsung to hold a concert in the Roblox metaverse. The activation involved several quests for users, including the decoration of each’s personalized stage. Winners were able to dance on stage with Charli XCX at the concert.

The David Bowie group NFT sale is a fitting entrance to Web3 for the late singer. Given the high-quality of artistic talent involved, the sale could raise some serious money for CARE as well. Here at Rarity Sniper, we’ll be watching closely for further developments in the story.