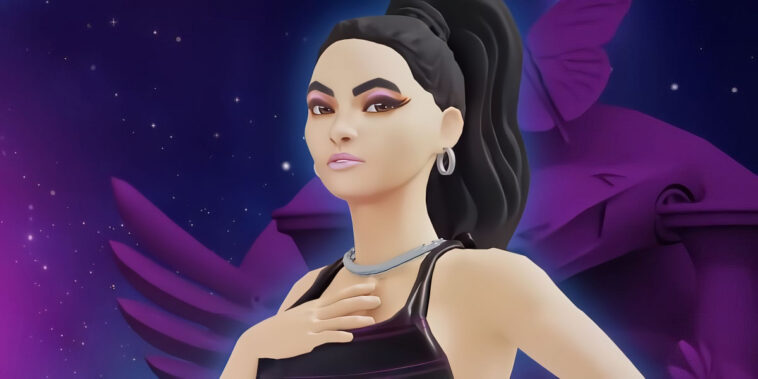 The “Break the Rules” singer is coming to a virtual stage near you. In a press release, Samsung announced a partnership with Charli XCX where she will perform a concert in the Roblox metaverse. The show will take place on June 17th, where contest winners will join the singer on stage.

Charli XCX said that the virtual concert will allow fans to experience her in a way they have not “been able to.” For her, Roblox and Samsung were the perfect partners for her step into the metaverse, one that she is “excited about.”

The June 17th concert will be a culmination of contests and games that began on May 13th. As part of the contests, users will be able to navigate through the Superstar Galaxy, solving quests and playing unique mini-games. They will receive help from Charli XCX in messages sent to a digital Samsung phone.

Janet Lee, a senior vice president at Samsung, said that the company is always looking for ways to get users to interact with Samsung devices. But the company is looking at this Charli XCX contest as more than just a game. They view it as a “social experience” that meshes “creativity, music, and entertainment.”

The virtual games also ask users to create and decorate their own virtual stage. There are leaderboards, and the players on top of it at the end will be able to dance with Charli XCX on stage during the concert. The Superstar Galaxy is available in the United States, Brazil, Canada, United Kingdom, Germany, and select other countries worldwide.

Samsung Has Been Busy in Web3

While many companies are diving into Web3, few companies are doing it like Samsung. The electronics giant has made news for integrating Web3 technologies in ways that most other companies avoid.

It also has made some of its Smart TVs NFT-friendly. On select models, users can browse, buy, and display NFTs bought on Nifty Gateway, a popular NFT marketplace. The new features allow users to see what their NFTs would look like in “full-screen mode.”

And finally, Samsung is building its own “version” of the metaverse. This news broke just a couple of weeks ago when a Vice-Chairman at the company asked employees to contribute “ideas” to this new venture. It also called attention to Samsung’s metaverse task force, which reports directly to said Vice Chairman.

Time will tell how Samsung’s partnership with Roblox and Charli XCX fares, but there’s no doubt the company is bullish on Web3.