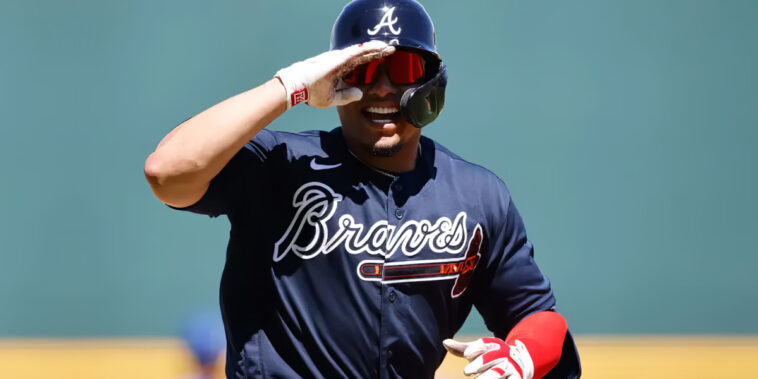 No matter where Braves fans are in physical reality, they can soon meet up in the metaverse.

On May 12th, the Atlanta Braves opened a metaverse version of Truist Park with the help of Fortnite’s parent Epic Games. According to the Sports Business Journal, roughly one hundred Braves fans created in-game avatars to experience the first demo of “Digital Truist Park.”

Between 6:30 PM and 8 PM EST, visitors could explore a virtual version of both Truist Park and the Battery Atlanta. Braves pitcher Luke Jackson appeared for a few Q&As, and the Braves’ president Derek Schiller gave a brief speech near the close of this test event.

Interestingly, the rapper Travis Scott may have indirectly helped create Digital Truist Park. According to Braves executives, the team became interested in developing metaverse venues after seeing the success of Scott’s virtual concert in Fortnite.

There’s no word on upcoming events in Digital Truist Park, but the Braves team seems keen on offering NFT collectibles in the future. Braves fans may also be able to watch IRL games from Digital Truist Stadium with their in-game avatars.

According to the MLB, other baseball teams appear to be interested in making a similar move into the metaverse. However, the MLB only said the Chicago Cubs specifically expressed interest in making a virtual stadium.

In recent interviews, Braves executive Greg Mize said he believes metaverse platforms will play a crucial role in attracting younger tech-savvy baseball fans. He also suggested metaverse projects like Digital Truist Field will be significant revenue drivers for the team and its sponsors.

Baseball is Getting Bigger in Web3

On the same day the Atlanta Braves opened Digital Truist Park, the MLB announced a massive NFT deal with the platform Sorare. As Rarity Sniper reported, Sorare is now working on an MLB fantasy game that will include NFT trading cards.

Currently, Sorare has the most successful NFT fantasy soccer tournament on the Ethereum blockchain. Most market analysts believe the Paris-based Sorare already has a valuation of $4 billion and a global fan base of 1.5 million.

There aren’t many specific details on Sorare’s MLB game, but it will likely come out in the summer. Recent reports also suggest anyone who signs up to Sorare will be able to play this MLB NFT game for free.

A few weeks earlier, the MLB also announced it would continue working with Candy Digital on a 2022 NFT series called “MLB ICON Leadoff.” The MLB also auctioned rare Jackie Robinson NFTs in April, and it continues to put out “Play of the Day” NFTs on Candy’s platform.

Whether it’s NFT memorabilia or metaverse stadiums, MLB fans have a lot to explore in Web3.