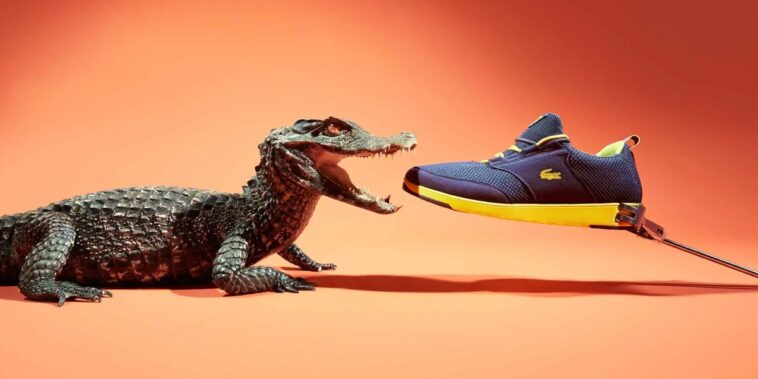 Lacoste released its “UNDW3” NFTs on June 14th on the Ethereum blockchain. According to the brand’s Twitter feed, these NFTs quickly sold out, and the only place people could buy them now is on Lacoste’s OpenSea page.

For those wondering why Lacoste minted 11,212 NFTs, this number is a reference to the company’s classic Polo L1212. However, these NFTs don’t feature Lacoste’s polo shirts. Instead, each “UNDW3” NFT shows a video of a crocodile’s glowing eyes peeking from a pond.

Leading up to the “UNDW3” launch, Lacoste mentioned dozens of perks NFT holders would enjoy. All members of the “UNDW3” community will get access to exclusive items and experiences. Lacoste also suggested it would allow community members to submit ideas for future designs or custom clothes.

On Twitter, Lacoste wrote that it believed in the promise of “virtual reality” and “the metaverse” despite volatile crypto market conditions. Lacoste’s chief brand officer Catherine Spindler also said Web3 technologies fit with the brand’s “creativity and avant-gardism.”

Before dropping its exclusive “UNDW3” NFTs, Lacoste launched an official Discord channel to better connect with fans. Lacoste also created a DAO where NFT holders could vote on or submit proposals.

A few months ago, Lacoste first showed an interest in creating metaverse experiences. In March, the French clothing brand opened an interactive “Croco Island” in the game Minecraft.

Lacoste’s “UNDW3” NFT community is one example of a growing trend in the clothing industry. Over the past few months, Rarity Sniper has reported on dozens of fashion brands using Web3 technologies to reward fans with IRL merchandise and VIP experiences.

For instance, the Italian brand Diesel created a metaverse community with its “D:VERSE-KEY NFTs.” People who hold a “D:VERSE” NFT enjoy privileged access to Diesel’s online community and news of upcoming NFT drops. Some of the rarer “D:VERSE” NFTs rewarded holders with physical items like designer sneakers and puffer jackets.

Gap is another company that’s not afraid to use NFTs and the metaverse in its business strategy. The American clothing brand has dropped many NFTs on the Tezos blockchain. More recently, Rarity Sniper discovered Gap has been developing a virtual version of its Times Square store in the Roblox metaverse.

Speaking of digital shops in Roblox, Gucci just launched its “Gucci Town” experience on the popular metaverse platform. In addition to shopping for NFT wearables, “Gucci Town” features an outdoor café, mini-games, and a special area for in-game selfies.

While Lacoste’s plan for an NFT community is ambitious, it’s no longer an original idea in the fashion industry.