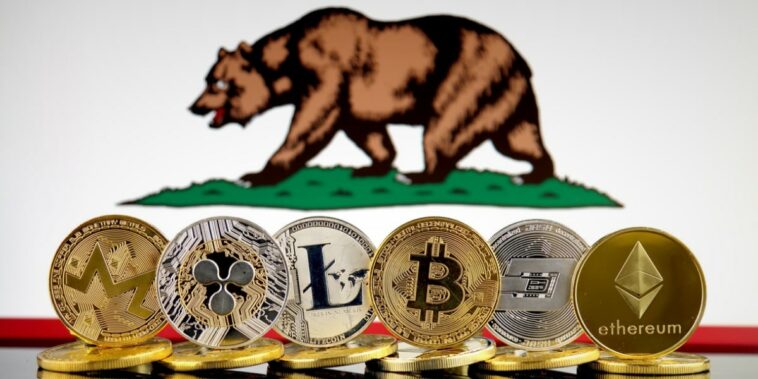 The Golden State could soon make “digital gold” the law of the land.

State Assemblymember Ian Calderon recently announced he’s working on a bill that would make Bitcoin legal tender in California. According to his Twitter feed, Calderon is working with prominent Bitcoiner Dennis Portner to draft his proposed law.

This news comes after CA State Senator Sydney Kamlager introduced a pro-crypto proposal on February 18th. Senate Bill 1275 would make it legal for Californians to pay for “government services” with cryptocurrencies.

On top of that, Democratic candidate Aarika Rhodes of CA’s 32nd District has made Bitcoin a key feature in her campaign. In recent interviews, Rhodes credits the Bitcoin Lightning Network with helping fuel her grassroots efforts. If elected, Rhodes claims she will push for Bitcoin-friendly legislation.

However, many nations and states are itching to introduce more favorable Bitcoin laws. For instance, the island of Tonga announced it’s considering an El Salvador-style Bitcoin bill. Arizona’s SB 1341 could also make BTC a legal currency in the Grand Canyon State.

Is California the most crypto-friendly state?

Thanks to California’s robust tech sector, the research firm Crypto Head believes it has the best chance of becoming America’s crypto hub. In Crypto Head’s latest review of the “Most Crypto-Friendly States,” California clinched the top spot.

Researchers used many data points when examining each state’s relationship to the cryptocurrency industry. In addition to crypto-related legislative proposals, analysts examined each state’s average search trends and the availability of Bitcoin ATMs.

California has over 2,470 crypto ATMs, or just under 160 ATMs per 100,000 square miles. It also appears more Californians are searching for crypto articles while surfing the Web. Crypto Head discovered there are 977 annual crypto searches per 100,000 California residents.

In descending order, here are the other states Crypto Head feels are the most friendly towards cryptocurrency:

Overall, reporters at Crypto Head claim America is in a good position for mainstream crypto adoption. Recently, Crypto Head awarded the US the highest score in its “Crypto Ready Index.” Other countries Crypto Head believes are the closest to adopting crypto include Cyprus, Singapore, and Hong Kong.