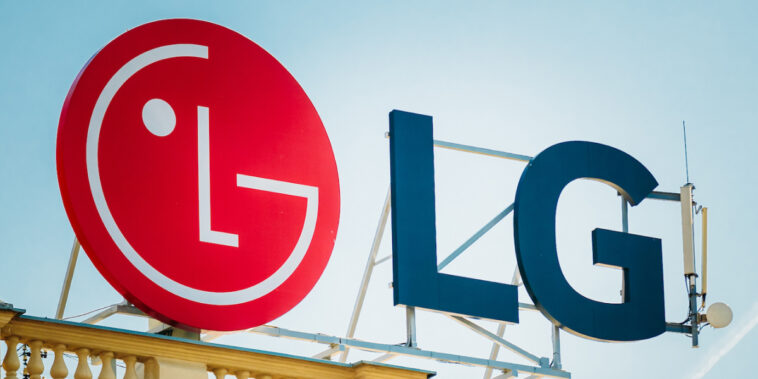 LG Electronics says it’s adding blockchain and crypto-related ventures to its business model. At the Seoul-based company’s March 24th meeting, executives said they were primarily interested in developing “blockchain-based software” and getting more involved in the “sale and brokerage of cryptocurrencies.”

When pressed for more details on its crypto ambitions, LG didn’t share any specifics. Spokespeople for the electronics brand only said they were interested in exploring blockchain technology’s “broad” implications.

Over the past few months, a few analysts have speculated LG is working on a cryptocurrency exchange or an NFT market. As CoinTelegraph reported, LG has partnered with various South Korean companies involved in NFTs. For instance, LG partnered with GroundX and Seoul Auction Blue to integrate NFTs into select TV models.

There’s also speculation that LG is working with the South Korean crypto exchange Bithumb. In January of 2022, Bithumb’s CEO Heo Baek-young said he was developing an NFT market with another prominent business. Although nobody knows who Baek-young was referring to, most reporters believe he was talking about LG’s LG CNS division.

South Korea Positions Itself as a Web3 Powerhouse

LG’s recent announcement is just one example of South Korea’s growing crypto adoption. Not too long ago, Samsung made a big splash into Web3 when it revealed its 837X store in the metaverse Decentraland. Samsung has repeatedly said it’s interested in bringing NFT technology into its TVs.

The popular online platform Kakao is also making it easier for South Koreans to get involved with NFTs and crypto. Kakao’s Klaytn blockchain allows users to securely store their crypto, mint NFTs with Krafterspace, and connect with the NFT trading platform OpenSea. According to Kakao, South Koreans have minted at least 37,000 NFTs on OpenSea using its services.

The messaging app LINE is also helping South Koreans trade NFTs with its DOSI marketplace. The DOSI NFT Market is currently active in about 180 countries, and it accepts credit cards or crypto for transactions.

And it’s not just the private sector that’s getting involved in South Korea’s crypto industry. As Rarity Sniper recently reported, the South Korean government has pledged to spend almost $187 million on metaverse-related technologies. South Korean officials also announced in late 2021 that residents wouldn’t have to pay taxes on NFT purchases.