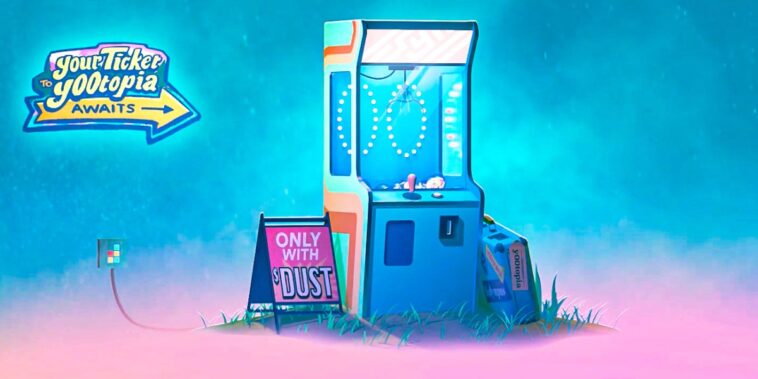 The creator of popular Solana collections DeGods and y00ts, Dust Labs, announced on Monday that it has raised $7 million in a “strategic round.” Participants include Solana Ventures, Foundation Capital, FTX Ventures, Jump, Metaplex, and Chapter One.

Dust Labs founders, known pseudonymously as FrankDeGods and KevinDeGods, plan to hold an AMA (ask me anything) on Thursday, September 8th, on Twitter to talk about the funding round and what it will mean for the DUST ecosystem.

Dust Labs is an NFT software company that produces tools for NFT communities on the Solana blockchain. Its first product is a “scholarship” minting system that acts as a sort of whitelist, allowing people who have won a spot to mint an NFT.

The announcement came amid the much-hyped y00ts mint, which suffered through several problems as people attempted to mint their “t00bs.” The team delayed the first mint, planned for this past Sunday, due to a bug problem and Monday’s mint resulted in many NFT enthusiasts receiving error messages.

Still, Dust Labs is riding high with its two prominent Solana collections. As Rarity Sniper reported last week, DeGods became the 5th-most valued NFT collection of all blockchains. Today, the floor for the y00ts t00bs rests at 150 SOL with a total trading volume of 172,900 SOL just since mint Monday night. The price of DUST has fallen about 30 percent since the y00ts mint.

Although the cryptocurrency and NFTs markets have been mired in a slump, that hasn’t stopped the money from pouring in from VCs. As they say, bear markets are for builders. Here are three stories Rarity Sniper covered with teams raising millions of dollars for Web3 projects.

First, there is Proof Collective, the creators of the Moonbirds NFT collection. It recently announced that it had raised $50 million from several venture capitalists, including Andreessen Horowitz’s a16z. The Proof Collective team says it will use the funds to create Web3 products.

Second, there is Gary Vaynerchuk’s VeeFriends. About a month ago, the NFT collection raised $50 million from a16z and Vaynerchuk’s personal investment fund. A partner at a16z had high praise for the VeeFriends collection, saying it respects the “ethos of entrepreneurship.”

Third and finally, there is Unstoppable Domains. A month ago, the company raised $65 million at a $1 billion valuation. Unstoppable Domains plans to use the money to develop NFT domain names, which have been in high demand even in the bear market.

Dust Labs raising $7 million, along with the stories above, shows that even during a bear market, money is pouring into the Web3 space. We’ll keep an eye on the AMA on Thursday to see how the company plans to use the money.