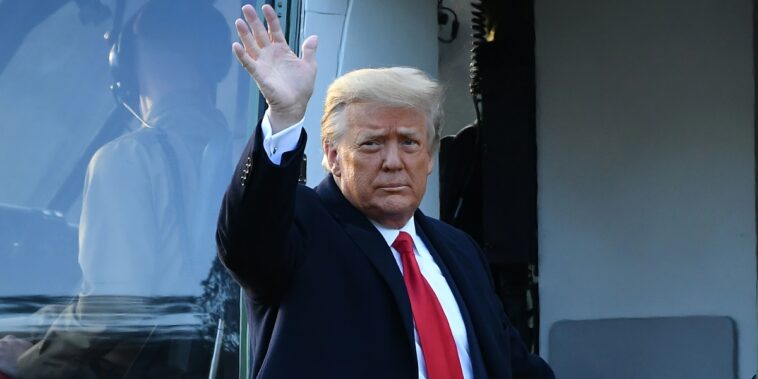 Running on the initial success of his first non-fungible token collection, ex-president Donald Trump has launched a second: “Win Trump Prizes.” The second NFT collection promises all the prizes associated with the first collection: Zoom calls with the former president, tickets to a Gala dinner, and one-on-one private conversations with Trump.

So far, the collection has not taken off like the first one. The floor price currently sits at 0.08 ETH ($113) with the total trading volume for the collection 43 ETH ($60,900). The cheapest prizes available are the Zoom calls, which will run for 20 minutes and feature 2,000 participants, some of whom may not even have their questions answered.

Celebrity NFT drops — and the promises they espouse — are frequent in the industry, where the amount of money thrown around is significant. However, the NFT community has begun to deride them, saying, perhaps rightly so, that most celebrity NFT drops don’t live up to their promises. That may explain why the second Trump collection isn’t catching on like the first.

The first Trump NFT collection (Trump Digital Trading Cards) caught fire, however, causing an upsurge of users on the Polygon blockchain. It was novel, came at just the right time, and spawned several spin-off collections involving presidents or public figures. That collection has done a total of 8,126 ETH ($11.5 million) in trading volume and currently has a floor price of 0.176 ETH ($249).

Time will tell if the “Win Trump Prizes” collection will take off like the first or whether Trump himself will comment on the collections (he hasn’t thus far). Here at Rarity Sniper, we’ll keep a close eye on the collection to see what happens and report back.

Even though the NFT market has slumped in recent months, some celebrities have braved the icy NFT winter to launch collections. And some have been successful. Here are three stories of celebrities dropping NFT collections, just in the past month.

First, government whistleblower Edward Snowden and political activist Daniel Ellsberg teamed up to drop a 1/1 NFT in partnership with PleasrDAO. The NFT celebrates Ellsberg’s release of The Pentagon Papers in 1971, and the proceeds of the sale will go to charity.

Next, ex-Chicago Bulls star Scottie Pippen launched his first NFT collection, called SR33. The NFT community met it with enthusiasm, causing a sell out in 77 seconds, breaking the record Anthony Hopkins previously held. SR33 comes with many prizes, including the possibility of winning a game-worn pair of Pippen shoes.

Lastly, Deepak Chopra combined forces with TIME Magazine to drop an NFT collection to celebrate the 25th anniversary of his book, “The Seven Spiritual Laws of Success.” The NFTs in the collection also function as copies of the book, fully readable on the blockchain.

“Win Trump Prizes” may catch fire, considering that the former president still commands a large audience. If it is successful, perhaps more political figures will launch their own collections, for fundraising or other purposes.