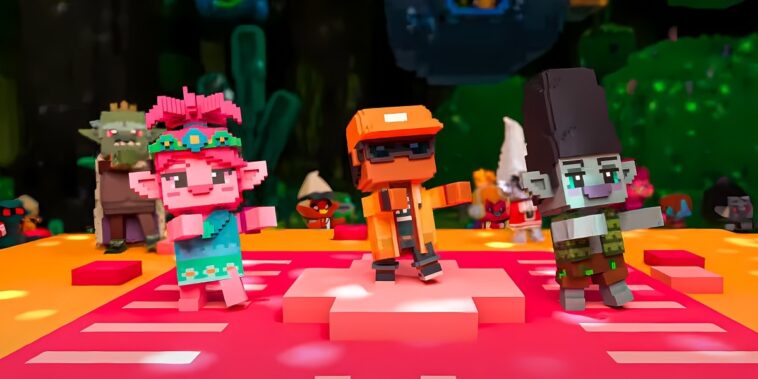 DreamWorks, an animation and film studio, has officially entered Web3 with an NFT collection based on its Trolls movies. The 8,888 NFT set launched on the Coinbase NFT marketplace October 14th with a price of 0.888 ETH per non-fungible token. To create the collection, DreamWorks partnered with Gala, formerly known as Gala Games.

Each person who buys a Troll will initially receive a mystery box, with the user’s specific troll revealed later. DreamWorks and Gala have based on the Trolls on popular characters from the Trolls DreamWorks films, including Poppy and Branch. They are 3D avatars and will come with various utilities.

According to a medium post from CollectVox, holders of the DreamWorks Trolls will have the opportunity to win VOXverse land parcels, Gala Music tokens, and Gala Film NFTs. In addition, users will be able to use their Trolls in a text-based adventure game in the NFT collection’s Discord server.

Much of the utility for Trolls holders will come in VOXverse, a metaverse that Gala is designing with SIMS creator Will Wright. In that metaverse, users will be able to explore, build memories, play, and earn rewards. Given that premise, many expect that Gala and DreamWorks will expand on the Trolls NFT collection to give holders more utility in the future.

Although the NFT market has slumped in recent months, that hasn’t stopped big names from launching collections. Here are three stories we’ve covered about top names from all around the world creating NFT collections.

First, there is the HUGO and Imaginary Ones partnership. Two weeks ago, the two entities announced that they would combine forces to launch an NFT collection and future metaverse experience. The two are calling the collection “Embrace Your Emotions.”

Second, there is Junji Ito. Two weeks ago, the popular manga artist announced he would be creating his own NFT collection based on his horror “Tomie” character. While details are scarce at this point, the collection will feature Tomie with randomly generated traits.

Third and finally, there is Build-A-Bear. Three weeks ago, the company known for its popular mall stores revealed it would be launching an NFT collection to commemorate its 25th anniversary. The company will partner with NFT platform Sweet for the drop.

DreamWorks’ NFT collection is big news, as it shows more top companies are entering the Web3 space. Here at Rarity Sniper, we’ll be keeping our ears to the ground for further developments in the story.