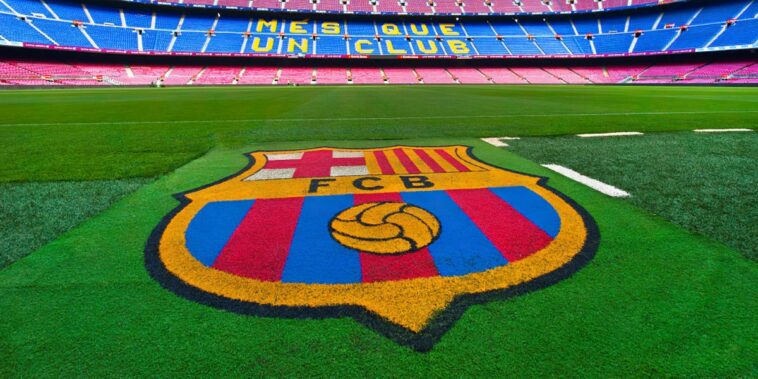 FC Barcelona has made it no secret that it wants to expand its presence in Web3. Now, it’s found its first sport in the club’s storied history: Johan Cruyff’s legendary 1973 flying kick and goal against Atlético Madrid goalkeeper Miguel Reina.

Barcelona has elected to break the NFT into five parts: four still images and a 1/1 audio-visual NFT that took, according to the Sotheby’s press release, more than 10,000 hours to produce. The audio-visual NFT runs 40 seconds long and contains background music from a 30-piece orchestra, as well as a soundtrack from FC Barcelona fans.

The pieces are up for auction at art house Sotheby’s, with the final auction day being July 29th. It is an online-live hybrid auction format, so if you’re interested in bidding on the pieces, you can do so already. The audio-visual NFT, dubbed “In a Way, Immortal,” is one in a series of new NFTs from FC Barcelona that will celebrate the club’s rich history.

Along with the audio-visual NFT, the winning bidder will receive a handful of “money-you-can’t buy” perks such as meet and greets, visits to La Masia, and hospitality rights for a minimum of five years. The pairing of IRL utilities with NFTs is common with mainstream NFT creators like big companies or soccer clubs.

Joan Laporta, the president of FC Barcelona, said the club is “delighted” to feature Cruyff in its first NFT, given the player’s impact on the club and modern soccer in general. The artistic way the audio-visual NFT is presented pays tribute to the iconic moment and FC Barcelona’s history as well.

Few industries have aped into Web3 as much as sports, and soccer has done more than most. Here are three stories Rarity Sniper has covered this year involving the beautiful game and Web3.

About a week and a half ago, Paris Saint-Germain announced that it was selling three NFTs for its upcoming match in Japan. The three NFTs were priced around $205,000 at the time and came with VIP privileges, like being able to take photos with PSG players.

Two months ago, FIFA, the world governing body for soccer, made news by making Algorand its official blockchain partner. Under the terms of the deal, Algorand would serve as a regional partner for the 2022 Qatar World Cup and the official tournament sponsor for the Women’s World Cup in 2023.

Then five months ago, the subject of the main part of our article made news. FC Barcelona revealed at the 2022 Mobile World Congress that it wanted to dive deeper into NFTs, the metaverse, and Web3. While part of the focus would be on creating additional revenue streams, a representative for the club said it also wanted to create an “interesting emotional experience” for fans.

FC Barcelona is undoubtedly doing that with its audio-visual NFT of Cruyff’s legendary goal. Here at Rarity Sniper, we’ll watch for future developments involving the Club and NFTs.