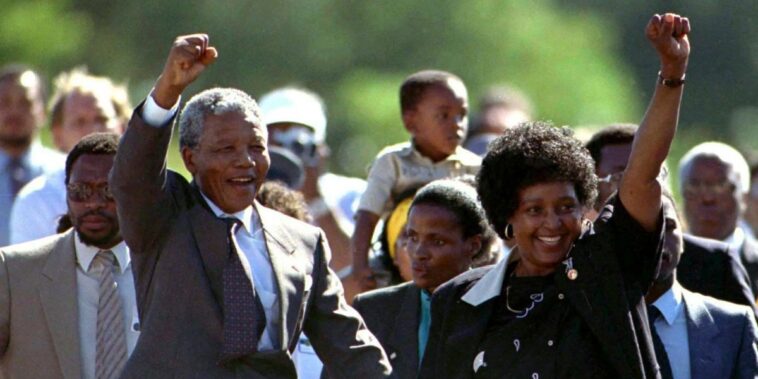 Never-before-seen footage of Nelson Mandela’s 1990 release from prison on Robben Island will now be sold as a non-fungible token. The effort is the result of a collaboration between Web3 company Probably Nothing and Vault by CNN. Here is everything we know about the NFT drop.

Jeremy Fall, the creator of Probably Nothing, said that the drop was “very much in line” with what the company was trying to do, namely show that NFTs are not just for art or PFPs. By buying this video footage, the customer is “emotionally connecting” with this event and owning a piece of history.

Fall added that the recreation of Mandela’s cell used certain elements that the man embodied but were not actually present — such as flowers outside the jail cell to represent Mandela’s never-ending hope. Fall believes that this type of vision needs to be present in today’s world, where various factors have stoked divisiveness in the world’s population.

The archival footage drop of Mandela’s release is not the first time that something associated with the former South African leader has been sold as an NFT. Copies of the watercolor paintings he created in his cell for instance were once sold, as was a copy of his 1961 arrest warrant.

Although many people primarily see NFT collecting as a hobby for people in developed nations, Web3 itself, which includes cryptocurrency and the metaverse, has gone global. Here are three stories Rarity Sniper has covered this year involving the nascent industry from all corners of the globe.

First, there is South Korea. The country has become bullish on the metaverse, to the point that it is investing millions of dollars in metaverse infrastructure, especially for possibly in-demand industries like education.

Second, there is Colombia. It has partnered with Ripple Labs to certify land deeds on the blockchain. The move comes as the government has promised greater transparency for land owners, some of whom don’t have actual documents to prove they own the land they reside on.

Third and finally, there is the Philippines. A report ranked the southeast Asian country as the leader in NFT adoption, likely due to the presence of the blockchain game Axie Infinity in the country. According to reports, some Filipinos were able to make more than double the minimum wage in the country playing the game.

Probably Nothing and Vault by CNN’s collaboration to release never-before-seen footage of Mandela’s release from prison is an interesting use of the technology and certainly contrasts with what is seen so often on the news: eye-popping sales figures and people flexing pictures of Bored Apes. Here at Rarity Sniper, we will keep our ears to the ground for further developments in this story.