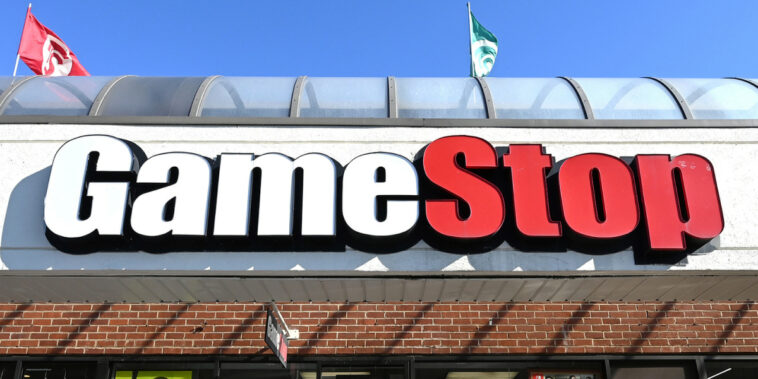 The money comes from Immutable’s IMX tokens, and GameStop will use the tokens to deliver grants to developers of NFT content and technology. The total money in the fund could reach $150 million if GameStop reaches “certain milestones.”

Those looking to gain a grant can apply for one via GameStop’s website.

The two companies are partnering on another project — an independent NFT marketplace built on Immutable’s Layer 2 infrastructure, which is built on top of Ethereum’s Layer 1 blockchain. The infrastructure is registered as “carbon-free,” has virtually zero gas for transactions, and uses zero-knowledge proofs to combine hundreds of Ethereum transactions into a single one.

Still, despite Immutable being “carbon-free,” the moves are likely to rile the gamer community further. Recently, high-profile companies like Worm developer Team17 have had to back off its NFT plans due to backlash from the community.

With such a high-profile name continuing to progress in the NFT space, gamers are likely to renew their calls for banning NFTs in games. Their complaints stem from the fact that micro-transactions can decrease the quality of the gameplay experience, an experience that has remained at a static level for several years.

But GameStop’s moves signal that some top companies are sticking to their guns after the gaming retailer announced weeks ago that it was venturing into NFTs. Atari continued its plan for an NFT “loot box” drop, and Nintendo has said that the metaverse and NFTs “have a lot of potential,” though it is uncertain when it’ll add NFTs to their games.

Ubisoft found itself at the center of the NFT-gamer controversy in the past couple of weeks before a high-ranking employee said in response to the backlash that maybe gamers didn’t truly understand NFTs yet.

But if there’s a certainty in the GameStop move, it’s that the company has found itself a good partner. Immutable is known for producing some of the top or most-anticipated blockchain games, including Gods Unchained and Illuvium.