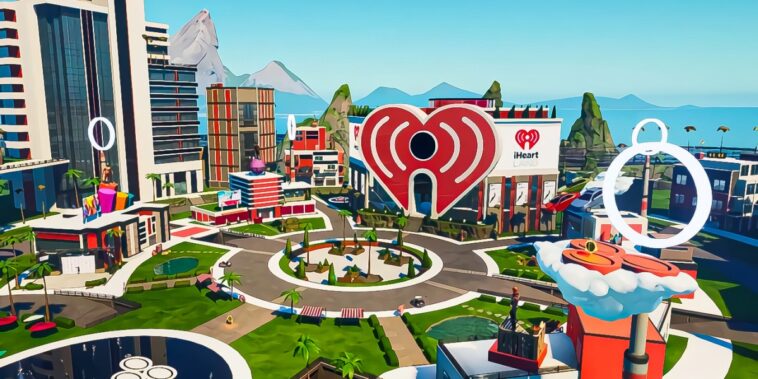 iHeartMedia, the leading audio media company that reaches 90 percent of Americans each month, has decided to dive into Web3. Its first step: An experience in Roblox that combines games, quests, concerts, and more, along with Fortune 500 company partners. Here are all the details.

The iHeartMedia Roblox experience promises a little something for just about every user. There will be concerts and events (Charlie Puth and Lauv are the two first headliners), a gamified music studio building experience where users can “level-up” their studio and build a music business empire, and interesting locales to check out, such as Intel’s House of Wonder.

Conal Byrne, CEO of the iHeartMedia Digital Audio Group, said the company is always looking for new ways to connect with their audience and it’s thrilled to partner with Roblox for a metaverse experience. iHeartLand will “blow all expectations away” with the hottest artists, freshest music, and biggest podcasts.

Lauv is set to star as the first iHeartLand metaverse performer on September 16th. He is a multi-platinum singer, songwriter, producer, and instrumentalist, and he will be performing songs straight from his new album “All 4 Nothing.” Roblox users will be able to interact with Lauv’s NPC (non-player character) and walk the event’s red carpet.

It was during the COVID-19 pandemic that recording artists began to view the metaverse as an opportunity to connect with fans. The metaverse, worlds built with virtual and augmented reality, allowed for social distancing and practices that the general public saw as safer than going to a concert IRL. In 2022, that trend has gained steam. Here are three stories Rarity Sniper has covered involving the intersection between music and Web3.

First, there are Rappers Jim Jones and Migos. The two premiered their music video of “We Set the Trends” in a theatre in the metaverse Decentraland three months ago. The music video was notable in that it featured cameos from a few Bored Ape Yacht Club NFT avatars.

Second, there is Charli XCX. Four months ago, the singer partnered with Samsung to offer a metaverse experience and concert in Roblox. Users participated by decorating their own personal stages. The winners were able to dance with Charli XCX on stage when she performed.

Third, there is MTV. Given the number of metaverse activations from singers, it may come as no surprise that the company famous for its music awards created a category for “Best Metaverse Performance.” Justin Bieber, Charli XCX, and BLACKPINK were among the initial nominees.

iHeartMedia’s venture into Roblox is big news, if simply given the stature of the company. It seems more complex than typical Roblox experiences from big companies as well, which may make it more enjoyable for users. We’ll keep an eye out for any further developments in the story.