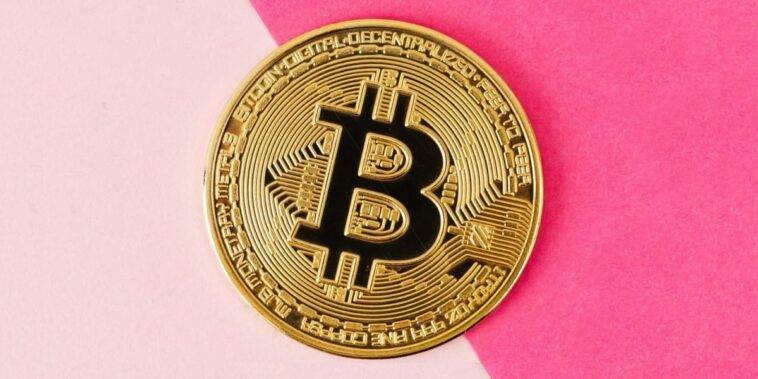 The short answer is no. But it’s not a bad question. There’s been so much hype about Bitcoin and non-fungible tokens (NFTs) recently that it’s possible to get the terms mixed up or think they’re interchangeable.

But Bitcoin and NFTs are two distinct technologies:

You can think of Bitcoin as digital money for the internet age, and an NFT is a digital asset that you can buy with that money. Whether the NFT is a profile picture avatar, the latest Snoop Dogg track, or the deed to virtual real estate in the metaverse is up to you.

In 2009, Satoshi Nakomoto, a pseudonymous character who remains unknown, published Bitcoin’s whitepaper and the first decentralized digital currency was born.

The idea of Bitcoin was to create a peer-to-peer digital currency that could be sent over the internet and that would be free from central control, particularly that of banks and governments.

The process of keeping the public Bitcoin ledger is called mining, and anyone with a spare computer can set up a Bitcoin server known as a node and take part.

Some of the benefits of Bitcoin include:

Bitcoin triggered the launch of hundreds of other cryptocurrencies known as altcoins. But even with all the competition, Bitcoin remains the largest cryptocurrency by market capitalization today and is often called the gold standard of crypto.

One of the earliest altcoins after Bitcoin was Ethereum — an open-source platform used to run smart contracts. It was on the Ethereum blockchain that non-fungible tokens were born.

What is a non-fungible token (NFT)?

A lot of the confusion around NFTs comes from a misunderstanding of the word “fungible.” It’s not a word we see every day — well, not until recently. However, everyone has experience transacting with fungible goods, most commonly, fiat money.

Fungible means that one unit of something is equivalent to another unit of the same thing. Fungible goods are easily interchangeable and tradeable, which is why most national currencies and cryptocurrencies like Bitcoin are fungible.

NFTs are non-fungible, meaning they are unique and not interchangeable. Rather than being like fiat money, NFTs are more like a work of art hanging in a gallery. The art has value. But it cannot be easily traded for another piece of art because it is original and only one exists.

NFTs are cryptographic assets on a blockchain that have unique identification codes and metadata. This is important because, in the past, digital images, videos, photos, and even music files could easily be duplicated and it was difficult to prove ownership. But for the first time in history, blockchain and NFT technology enabled scarcity to be created with digital assets.

How Bitcoin and NFTs are Shaping the Future

No one can say exactly where things are headed, especially when talking about nascent technologies like Bitcoin and NFTs. However, the rise of Bitcoin over the past decade and NFTs over the past couple of years has been impressive.

Bitcoin opened a new world of possibilities for the future of money, and NFTs are reshaping the value of digital assets and the importance they’ll play in our lives in years to come.

Furthermore, NFTs have the potential for a myriad of use cases — not just digital art. They are being used in real estate (both virtual and physical), music, film, gaming, sports, gambling, and beyond.

Proponents of Bitcoin argue that decentralized digital currencies will reshape the world for the better and that Bitcoin created a fairer, more democratic form of money than the world had ever seen. And proponents of NFTs say the technology empowers artists and creators, creates new markets, and removes intermediaries so that creators can connect directly with their fans.

Regardless of where you stand, one thing is certain: people, brands, companies, and even entire countries all around the world are interested in Bitcoin, NFTs, and the metaverse. And every day they are putting their time and money into new projects, trademarks, and investments.

We hope this article helped clear up the difference between two of the most important technologies the world has seen in decades. For daily news about Bitcoin, NFTs, cryptocurrency, and Web3 follow us at Rarity Sniper News.