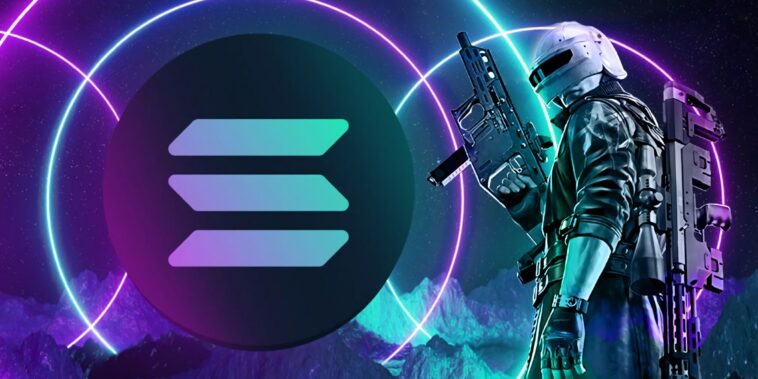 News of Krafton’s involvement in Web3 and NFTs has been brewing over the past few months. For instance, Krafton has been working with developers at Naver Z to figure out ways to use NFTs to enhance the gaming experience. It’s also estimated Krafton has invested over $6 billion in NFT-related companies in its home country of South Korea.

It’s important to note that Krafton’s deal with Solana isn’t legally binding. According to a CoinDesk report, Krafton is technically in a “memorandum of understanding” with Solana Labs. Therefore, if Krafton wants to end its relationship with Solana, it could do so at any moment.

Some critics believe Krafton is simply moving into the Web3 ecosystem to create a new revenue stream. Krafton’s stock is currently down about 40 percent from one year ago, and it’s facing increased competition from other battle royale developers.

Current estimates suggest PUBG’s mobile app has been downloaded at least one billion times, and the desktop version has millions of users. PUBG is so popular with gamers that some governments have tried to ban it due to its “addictiveness.” Currently, Fortnite is the only battle royale-style game downloaded more than PUBG.

NFTs in Games Aren’t Without Controversy

Many people in the gaming community have been vocal about their concerns with NFTs. In fact, the negative response from fans has been a primary reason some big-name studios have shelved their NFT plans.

For instance, EA’s CEO Andrew Wilson once said he believed NFTs represented a new frontier in the gaming industry. However, in response to feedback from fans, Wilson no longer mentions plans to use NFTs in EA’s games.

Although Ubisoft has experimented with NFTs in its title Ghost Recon Breakpoint, efforts don’t seem to be all that lucrative. Forbes reported that Ubisoft only sold about $400 worth of these NFTs via the Tezos blockchain when they launched.

According to a recent Verge report, many gamers feel NFTs will take the fun out of their gaming experience. Critics argue NFTs will both cost them more money and give some players unfair advantages.

Although many gamers still express concerns over the use of blockchain, that hasn’t stopped developers from plunging into this new field. A few weeks ago, the famous Call of Duty streamer Dr. Disrespect launched an NFT collection for his upcoming Midnight Society title. In response to criticisms, Dr. Disrespect repeatedly said his NFTs wouldn’t give players unfair advantages and that his game would remain free-to-play.

The Pokémon-style blockchain game “Axie Infinity” also continues to perform well. As Rarity Sniper recently reported, sales for NFTs in the Axie Universe topped $4 billion, and “Axie Infinity” remains one of the most Googled NFT collections with over 3 million searches every month.