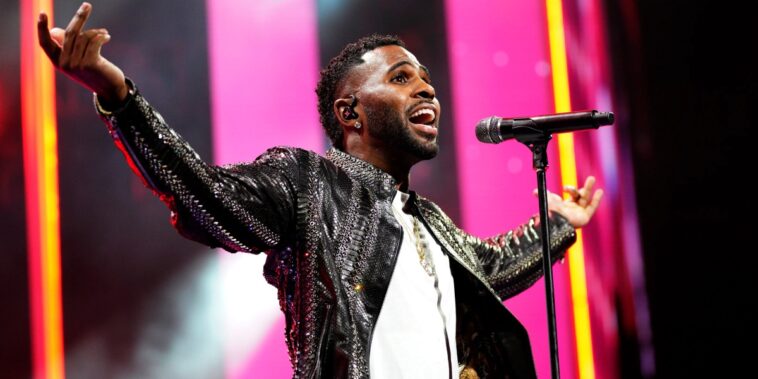 The “Talk Dirty” singer is entering the metaverse. On June 27th, Jason Derulo announced a partnership with TerraZero technologies to produce a Decentraland music video experience. Here are all the details of this upcoming “activation”:

Derulo said that he would have “given anything” to have this kind of connection with his idols growing up. The metaverse and the experiences it affords people are “something special.” He adds that this new activation will allow fans to see him in a more personal way — who he is beyond the speakers and the screen.

Dan Reitzik, the CEO of TerraZero Technologies, said this metaverse experience is only the beginning of what talented artists like Derulo can do. In Reitzik’s view, artists can perform for countless people in a metaverse, with that number limited during in-person shows.

Derulo’s appearances in DCL before the event will amplify the opportunity for fans to connect with the singer. TerraZero Technologies is reportedly going to capture these moments under the story titled “limitless worlds,” which the company feels evokes the sense that these moments couldn’t happen in any other medium.

Although most industries have taken to Web3 in some form or fashion, music deserves a special mention. Musicians have been involved in different aspects of Web3, including metaverse experiences, guiding companies into this uncharted territory, or owning NFTs and participating in their communities. Here are three examples:

First, Charli XCX recently partnered with Samsung to create a metaverse experience in Roblox. Users were able to play mini-games and decorate a virtual stage. The winners of the contests had the opportunity to dance on stage with Charli XCX at the concert.

Second, Rihanna’s company Fenty Beauty registered trademarks for Web3 a couple of months ago. The trademarks set the stage for Rihanna to sell cosmetics in the metaverse, perhaps through some store.

Third and finally, Eminem and Snoop Dogg performed at ApeFest, the exclusive once-a-year party for holders of Bored Ape Yacht Club NFTs. In addition to performing at the concert, both have their own Bored Apes, which they use as profile pictures on Twitter.

Time will tell how Derulo’s DCL experience goes, but there’s no doubt that more musicians are getting involved in Web3.