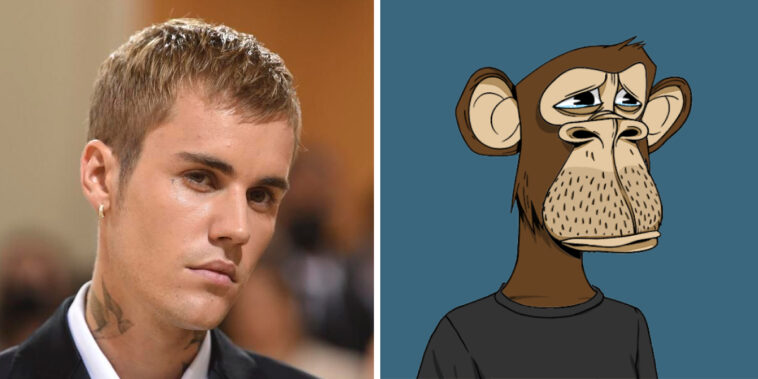 The Bored Ape Yacht Club added another star celebrity to their list of holders Saturday afternoon as Justin Bieber, the famous singer, joined the Club with the purchase of Ape #3001 for 500 ETH.

Bieber joins celebrities Eminem, Snoop Dogg, Serena Williams, Paris Hilton, and Neymar in the Club. The change of the Bored Ape Yacht Club (BAYC) from scrappy, underdog collection to Web 3.0 home for celebrities has shocked some, riled others, and galvanized supporters. Some high-profile original BAYC members have sold out in recent weeks, with some on Twitter stating BAYC has lost its original vibe.

The talk of NFT Twitter on Saturday was not just on Bieber’s entrance into BAYC, but the amount of money he spent on what many consider a “floor Ape” or one that should have been priced at the bottom of the collection.

According to some, Bieber overpaid for his Ape by 400 ETH, though many defended the singer, saying he had just found an “Ape that he liked” and purchased it without thought. There is little doubt that with an estimated $265 million net worth, Bieber could’ve purchased whatever Ape he liked.

Along with Bieber’s entrance into the Yacht Club, other high-profile celebrity purchases of BAYC NFTs have brought more attention to the Yacht Club within the NFT community and the general public.

Just this past week, Paris Hilton and Jimmy Fallon compared and talked about their Bored Ape NFTs on the prime time television, and it’s suspected that Eminem and Snoop Dogg will incorporate their Bored Apes into their Super Bowl halftime show this year.