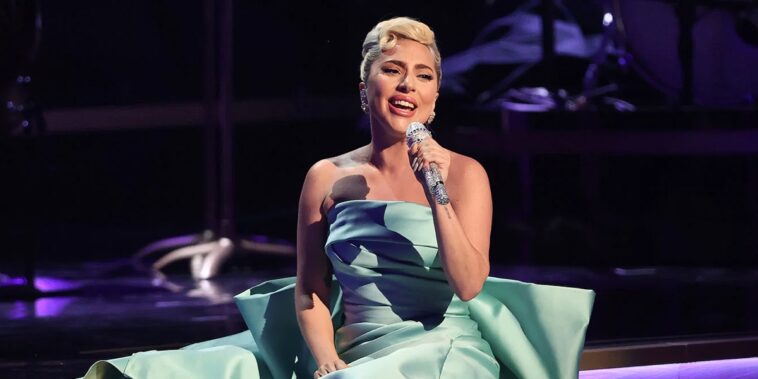 Lady Gaga has officially entered Web3 but not as a singer. Instead, she is front and center in Director Robert Wilson’s video portrait NFT titled GAGA/MORAT, one that had initially been displayed in the Louvre in Paris, among other locations.

The GAGA/MORAT is based on the 1793 portrait of Marat by painter Jacques-Louis David. Marat, a journalist during the French Revolution, was killed in a bathtub while preparing to write a letter. The GAGA/MORAT video clip depicts Lady Gaga as Morat, sitting in a bathtub with a letter and feather pen in hand. The video turns on a loop as Gaga recites the cryptic phrases over and over.

After the Louvre, GAGA/MORAT made an appearance at Art Basel in Miami before landing at the Phillips Museum in Washington D.C. The auction of the NFT, which began at $100, concluded recently, with the ending bid being $15,120. Unlike other art house auctions of NFTs, the auction organizers conducted the event entirely in USD, although the winner could make the final payment in USD or Ether.

According to the fine print on the NFT’s page on the museum website, only five locations were possible for an Ether payment: Coinbase Custody Trust, Coinbase, Fidelity Digital Assets Services, Gemini Trust Company, or the Paxos Trust Company. There were other stipulations for the maker of an Ether payment, including using solely one wallet with partial payments not accepted.

This is Lady Gaga’s first foray into the NFT space, one that has been popular with musicians and singers. As of now, Travis Barker, Eminem, Madonna, and the Foo Fighters have all made inroads into this world that blends technology and culture. It is also Robert Wilson’s first venture, though it fulfills his dream to make the video clips — of which they are more — into digital assets.

Although this is Lady Gaga’s entrance into the Web3 space, musicians, singers, and even record labels have entered the space since at least 2021 — even more than previously mentioned. Here are three examples of people in the music industry diving right into Web3, including individuals, one particular sought-after NFT collection, and music conglomerates.

First, there is Snoop Dogg. The Cali-based rapper has professed his interest in Web3, which shows in his business dealing. He is the owner of a Bored Ape Yacht Club and CryptoPunk NFTs, released his own NFT collection titled “Doggies,” and planned to turn Death Row into an NFT music label.

Second, there is the aforementioned Bored Ape Yacht Club NFT collection. Musicians and singers have flocked to these pictures of disinterested Bored Apes. The collection is trendy amongst rappers, with Eminem, Lil Durk, and Lil Baby owning a Bored Ape. Other BAYC holders include Madonna and Travis Barker.

Third and finally, there are the music labels. Universal Music Group has been particularly busy, partnering with LimeWire, an NFT marketplace that just opened its waitlist. UMG artists have a host of options to monetize their talents in Web3.

Lady Gaga, then, joins a motley crew of musicians and singers in Web3. If the past is any indicator, she won’t be the last musically famous individual to join the movement.