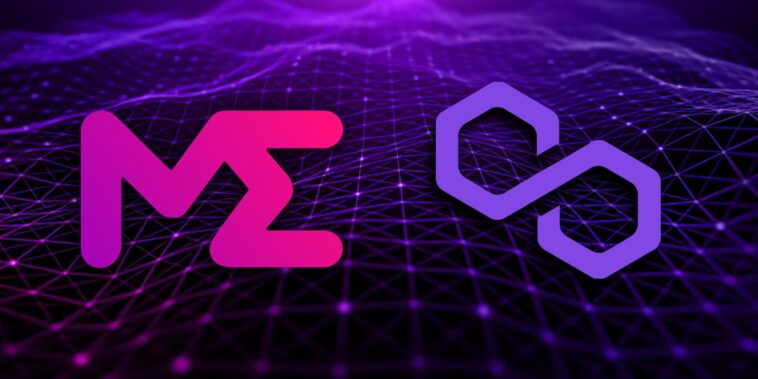 On Tuesday, the company announced it’s integrating Polygon-based NFTs and games onto its platform to realize its “multi-chain vision” and grow the blockchain gaming space. To make this happen, Magic Eden will be releasing a launchpad and marketplace with support for Polygon and its native MATIC token by the end of the year.

As for why the Solana-centric marketplace went with Polygon, it saw it as the ideal partner for its scalability and brand partnerships. The Ethereum layer-2 scaling solution is known, and widely-adopted, for its faster, cheaper transactions than the Ethereum mainnet — making it a more attractive option for executing a large volume of digital asset transactions.

Other than transactions, Polygon has also scaled up its brand partnerships. The blockchain platform has partnered with a number of major brands such as Adidas, Disney, Dolce & Gabbana, Pepsi, Reddit, and Starbucks.

Magic Eden believes these advantages of working with Polygon will help it achieve a few key objectives: onboard global brands and new users into NFTs, bring Web3 games to the masses, and be the de facto best multi-chain NFT marketplace. Whether it achieves the latter is to be determined. But with its latest integration, Magic Eden is winning over a new group of fans — the Polygon gaming community.

Polygon Is Taking Over Web3

Magic Eden is just the latest in a long line of major partnerships for Polygon. With partnerships with Disney, Nike, Pepsi, and Starbucks, among others, it’s quickly becoming the go-to blockchain for the masses. But partnerships aren’t the only thing Polygon has been up to. At Rarity Sniper, we’ve covered many other major announcements from the L2 scaling solution.

Here are three of the biggest stories from Polygon:

According to a report from Bernstein, a private wealth management firm, Polygon is the leading gateway for people transitioning into Web3. The Wall Street broker cited Polygon’s low-cost, high-speed network as the reason big-name brands, such as DraftKings, Meta, and Robinhood, have partnered with it.

Back in August, Polygon founder Sandeep Nailwal, along with Cere co-founder Kenzi Wang, raised money for a new Web3 fund called Symbolic Capital. Symbolic Capital raised $50 million to invest in Web3 start-ups based in emerging markets that are building decentralized applications (dApps). Through its investments, the fund hopes to onboard billions of people into Web3.

These are just a few of the recent moves from Polygon. But with new partnerships seemingly every week, don’t be surprised to see it follow up the Magic Eden news with another eye-opening announcement.