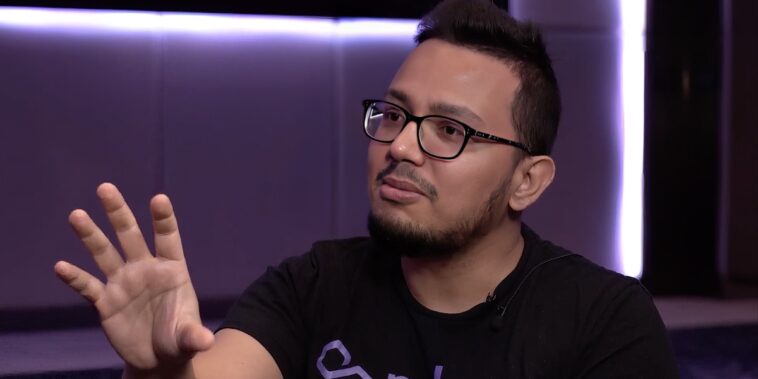 While the crypto market has fallen steeply into a bear cycle, that hasn’t stopped the money from pouring in. The latest example is Symbolic Capital, a Web3 fund formed by Polygon founder Sandeep Nailwal and Cere co-founder Kenzi Wang, which has ties in India and Asia. It announced recently that it had raised $50 million to fund Web3 start-ups, with a focus on those in emerging markets.

Symbolic will concentrate its funding on Web3 companies building “dApps,” short for decentralized applications. While the hope is that billions of people will eventually use blockchain technology, Nailwal and Wang believe this will occur predominantly through applications rather than direct usage.

So far, Symbolic has made investments in three platforms: BlinkMoon, Planet Mojo, and Community Gaming. According to the Symbolic Capital website, it will focus on dApps in the areas of the creator economy, NFT consumerization, the metaverse, zero-knowledge proof applications, interoperability, and companies bridging the gap between Web2 and Web3.

Investors in the Symbolic VC fund include crypto industry protocols, exchanges, participants, auditing firms, and venture capitalists. Family offices and institutions also invested. The VC fund will initially cut checks between $500,000 and $1 million to various companies in the Web3 industry.

Nailwal and Wang say Symbolic differs from other VC funds from two standpoints: the clear Web3 leadership and the ability to scour the world for emerging companies. The former is because Nailwal and Wang are Web3 natives (they initially met while working for Binance in 2019), and the latter is due to each’s personal background (Nailwal’s in India and Wang’s in Asia).

Web3 Fundraising Rounds Have Heated Up as of Late

Web3, the next iteration of the internet according to some, has become a big buzzword in tech and mainstream media circles. And even though the crypto market has dropped in value this year, more Web3 funds are sprouting up as the builders start to build. Here are three stories Rarity Sniper has covered about Web3 funds in the past month.

A week ago, we reported that CoinFund, a crypto investment firm, had raised $300 million for blockchain projects in early stages of development. The firm will focus the funds on companies creating products with commercial traction in large, addressable markets.

Three weeks ago, Gary Vaynerchuk’s VeeFriends raised $50 million from a16z, Andreessen Horowitz’s investment firm. The investment in the NFT project underscored Gary Vee’s popularity in the NFT space and signaled a vote of confidence in the collection.

And finally, a month ago, Multicoin Capital announced that it had raised $430 million for a Web3 fund. The company said it would invest in emerging projects that fit its “proof of physical work” thesis, DataDAOs, and creator monetization.

Symbolic Capital’s new fund is big news, and as the other stories show, more funds are sprouting up every week. It may be as they say: bear markets are for builders. Now, some money to help with that building is starting to flow in.