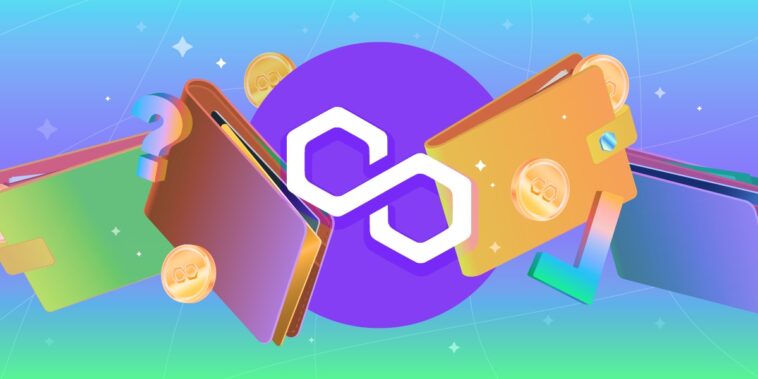 Move over, Solana. Polygon has taken over as the No. 2 blockchain for non-fungible tokens.

According to statistics CryptoSlam has compiled over the past 30 days, Polygon has generated $97 million in NFT sales volume, the second-most out of any blockchain. It beats out Solana by approximately $40 million, Immutable X by around $70 million, and Flow by $82 million.

Polygon, a Layer-2 scaling solution for the Ethereum blockchain, still trails behind its Layer-1 companion by $386 million. But, unlike many blockchains over the past 30 days, it has seen a surge in NFT sales, up 177 percent for the time period.

Polygon is known for its quick speeds and low transaction costs. It is popular with big companies looking to launch NFT collections and NFT gaming companies. Because it keeps transaction costs low, it is considered the most “green blockchain” and has in fact released a “green manifesto” this year outlining its goal to become the first climate-positive blockchain.

Some companies that have launched NFT collections on Polygon include Coca-Cola and Dolce & Gabbana. Polygon has made news in recent weeks when Disney chose it to be part of its accelerator program and the Polygon founder raised $50 million recently for a new Web3 fund. It is important to note that the 30-day trend is a relatively short time frame for analyzing blockchain NFT sales volume, although one can still glean insights from it.

A Little More on Polygon’s Web3 News-Making This Year

Given the milestone of Polygon achieving No. 2 status in NFT trading volume, we’ve decided to recap some of the stories involving Polygon this year. Here are three.

First, there is the Coca-Cola NFT drop. The beverage giant used the Polygon blockchain to celebrate International Friendship Day, airdropping NFTs to existing Coca-Cola NFT holders. The NFTs were “bubble-themed” and inspired from the bubbles inside a bottle of coke.

Second, there is Disney. The company behind some of the most memorable stories in history invited Polygon to join its artificial intelligence accelerator program. It was a big moment for Polygon, as it was the only native blockchain that Disney invited.

Third and finally, there is Polygon’s Green Manifesto. Five months ago, the blockchain released a long statement solidifying its position as one of the most environmentally-forward-thinking crypto organizations around, pledging to become carbon negative by the end of 2022.

Polygon becoming the No. 2 blockchain for NFT trading volume is big news, in part because it unseats Solana, which is widely considered the “No. 2” NFT blockchain since the Summer of Sol in 2021. Here at Rarity Sniper, we’ll keep an eye out to see if Polygon retains its status next month.