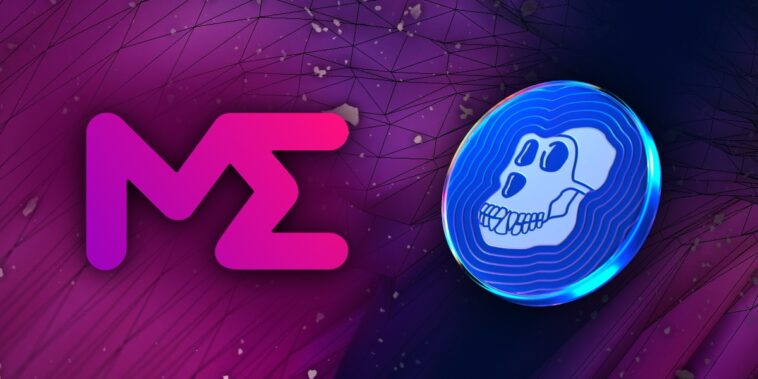 Just recently, Magic Eden opened its marketplace to Ethereum-based non-fungible tokens. On Tuesday, August 9th, it revealed the next step in its plan — an ApeCoin marketplace solely for trading with ApeCoin that could cut down trading fees to a paltry 0.75 percent. Here’s everything we know about the marketplace this far.

The biggest news, other than Magic Eden’s brazen attempt to woo the biggest project in the NFT space (casting a shot across the bow of OpenSea in the process), is the cut to trading fees.

Magic Eden General Counsel Joe Doll said that the marketplace is “swinging for the fences” with this proposal. He believes that Magic Eden’s ability to execute sets it apart from any other marketplace in cryptocurrency, presumably even more than OpenSea.

Tiffany Huang, Magic Eden’s marketing content head, added that the proposal for an ApeCoin marketplace came from the “immense respect” the company has for the Bored Ape Yacht Club community and all Yuga Labs IP communities.

Bored Ape Holders Have Had a Wild 2022

In April of 2022, Yuga Labs dropped ApeCoin to holders of Bored Ape Yacht Club and Mutant Ape Yacht Club NFTs. Users hailed the cryptocurrency as providing liquidity to holders without them having to sell their assets. Some of the recipients of $APE received millions of dollars overnight.

Later in 2022, Yuga Labs launched the first part of the Otherside metaverse in the form of land deeds. Bored Ape holders received the best land, closest to the center of the metaverse, and for only the cost of gas fees. Anyone who had invested in the BAYC collection early in 2021 was now staring at $1 million in gross income based on some estimates.

Finally, Yuga Labs ran through a series of tests for that Otherside metaverse earlier in the summer. This “First Trip” involved Otherdeed holders performing actions in a virtual world before defeating a giant Koda, one of the creatures in Otherside. The Trip brought some enthusiasm to the NFT space after holders had seen the bear market eat into their profits.

Magic Eden’s proposal to build an ApeCoin market is another sign that the Yuga Labs train is not slowing down, and Bored Ape holders continue to benefit.