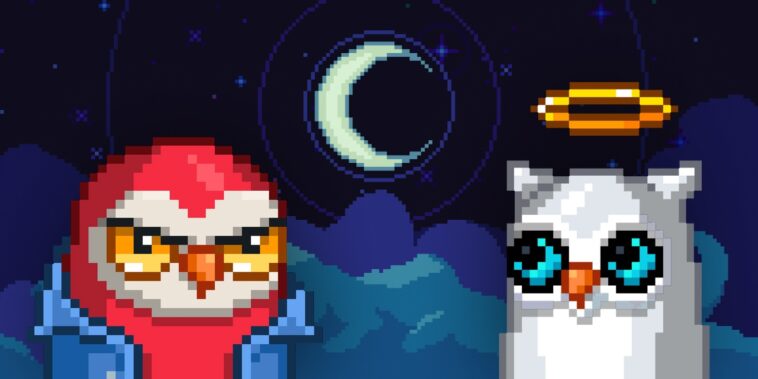 Kevin Rose, the founder of the popular non-fungible token (NFT) collection Moonbirds, just announced that both Moonbirds and Oddities will be moving to a Creative Common (CCO) license.

A Creative Commons license means that the company has “no rights reserved” on its intellectual property (IP). The legality allows creators to forfeit any legal interest in their work and move it into the public domain. In other words, there are now no copyright restrictions and anyone can use Moonbirds’ and Oddities NFT art freely.

Rose said that the move will not affect ownership, which is recorded safely and securely on the blockchain. But it will eliminate the government’s role in regulating how IP is used. The news comes shortly after XCOPY announced it would be retroactively applying CCO to all of its existing artwork.

Rose also had another announcement to make — the formation of the Moonbirds’ decentralized autonomous organization (DAO). The Moonbirds DAO will be user-owned and operated and will be utilized to prevent violence, scams, and hate speech within the community.

Changes to the project’s terms and services will be made public on its website in the coming days, and a Q&A session is being held on August 5th at the Moonbirds Parliament Twitter Spaces.

One of the biggest headlines in NFT news this year was the acquisition of the CryptoPunks and Meebits NFT collections by Yuga Labs, creators of the Bored Ape Yacht Club (BAYC). But besides raising eyebrows with the purchase, Yuga Labs also made news by granting holders of the NFTs the same commercial rights as BAYC and Mutant Ape Yacht Club holders.

The move granted holders commercial IP rights over their NFTs — meaning they can now use them however they want. And so far, NFTs that grant holders IP rights have been used in several creative ways. Here are a few examples.

The legendary producer Timbaland made news when he leveraged the IP rights of his Bored Ape #590 to launch a music video titled “Congo Has a Meaning,” featuring two Bored Apes rapping in a metaverse version of NYC. The video itself is an NFT that fans can purchase.

Next, the fashion retail giant Old Navy licensed a Bored Ape NFT to produce on its clothing. The brand plans to expand its NFT clothing line by adding additional blue-chip NFTs, including additional Bored Apes, Mutant Apes, and CryptoPunks — all NFT collections owned by Yuga Labs.

Providing NFTs with utility in the real world is something the most successful NFT projects have been able to do well, and one important utility for collectors is being able to do what they want with the digital assets they own. Moonbirds is taking the idea one step further by allowing anyone — not just holders of the NFTs — to use Moonbirds and Oddities NFT collections how they see fit.

We’ll have to wait and see what NFT fans and collectors think about the new development, but if the projects coming out of the BAYC are any indication, we can expect Moonbirds and Oddities to be used in new and creative ways.