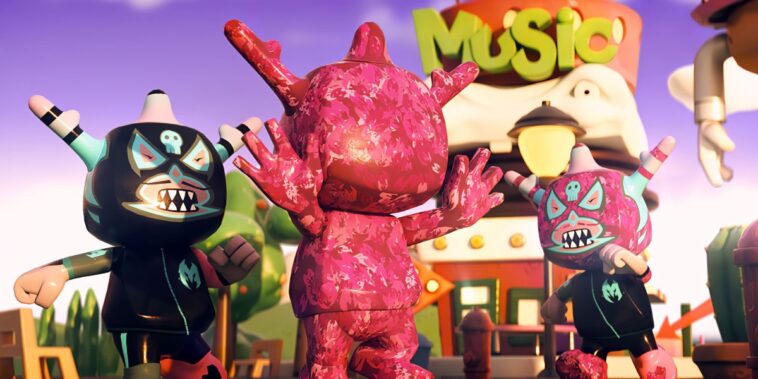 Mythical Games, the creator of popular multiplayer Web3 title Blankos Block Party, has launched a Web3 gaming DAO and foundation to help it decentralize. It counts among its supporters several big names:

As Mythical Games CEO John Linden said, various groups have leveled criticism at Mythical Games in the past of being too “Web2.” Now, the company is taking steps to move into Web3. With the creation of the DAO and the foundation, Mythical Games is moving to “Web 2.7,” according to Linden.

To facilitate the functioning of the DAO, Mythical Games is launching 1 billion Mythos ($MYTH) tokens. Those that hold and earn the tokens will be able to participate in the DAO, setting the stage for grassroots developments of Web3 gaming standards.

The Foundation will have five focuses starting out, including cross-chain movements of non-fungible tokens, esports guild decisions, and guild support. It will also work to establish some consistency across blockchain titles, something that may be sorely lacking in the landscape thus far.

The Foundation also comes with a strong set of initial advisors. They include Animoca Brands’ Chairman Yat Sui, Polygon Studios’ President Ryan Wyatt, and former Twitter Chief Operating Officer Adam Bain. The duo from music group The Chainsmokers and OneRepublic’s Ryan Tedder have also signed up to be advisors.

The launch of the Foundation and the DAO has been in the works for at least one year.

While it is no secret that a contingent of gamers and gaming publications don’t like NFTs or the blockchain, that hasn’t stopped many traditional gaming companies from starting their ventures into the nascent technology space. Here are three stories involving the intersection between gaming and the next iteration of the internet.

First, there is Epic Games. A month ago, the creator of the popular Fortnite battle royale game added the first NFT-based game onto its marketplace. The game was none other than Blankos Block Party.

Second, there is SQUARE Enix. Five months ago, the company sold its Tomb Raider franchise to a Swedish gaming brand for $300 million. It did so to focus on blockchain gaming. Later in the year, SQUARE would release its first NFT series based on the popular Final Fantasy VII game.

Third, there is Krafton. Eight months ago, the creator of PUBG, another battle royale game, announced that it was venturing into NFTs and the metaverse. It initially did so by investing in various South Korean companies with the memorandum that they produce NFT-related projects.

Mythical Games’ DAO and Foundation is big news, as it marks another step towards the decentralization of the Web3 gaming industry. Here at Rarity Sniper, we’ll be keeping our ears to the ground for further developments in the story.