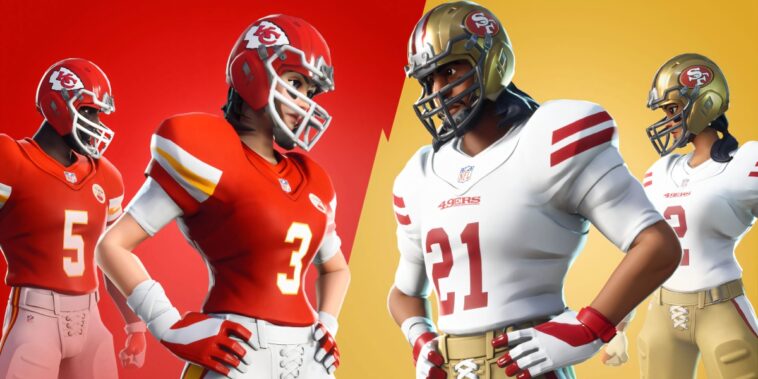 On December 1st, the National Football League announced that it was making another move in the metaverse, continuing its partnership with Fortnite to launch the persistent experience “NFL Zone.” NFL Zone will feature mini-games, team maps, and other experiences that attempt to market the United States’ most popular sport to younger generations.

Some of the experiences NFL Zone will include are:

The NFL has built NFL Zone in Fortnite Creative, the four-year old Fortnite mode that allows users and brands to build games in a “sandbox mode.” Long-established as the king of “battle-royale” games, Fortnite has over 400 million registered users and millions of daily active users. The NFL’s past partnerships with Fortnite have proven fruitful, with NFL skins occupying the 3rd-top selling spot of branded skins after Marvel and Star Wars.

Ed Kiang, VP of Video Gaming at the NFL, said the experience aims to bring NFL football to a new generation of fans. He added that the NFL will enhance the off-field relationship fans have with the sport through persistent metaverse experiences like NFL Zone. The move from the NFL comes as younger audiences are ignoring traditional sports in favor of alternative entertainment channels.

As part of the marketing of NFL Zone, the NFL has teamed up with payments processor VISA and social media influencers to promote the experience. According to the press release, the influencer will play the games alongside other users, as well as promote the activation on their social media channels.

Although once considered a simple, but addictive video game, Fortnite has made strides as a walled garden metaverse in recent months. At Rarity Sniper, we have written many stories about it and its part company, Epic Games, getting involved in Web3. Here are three such stories.

First, three months ago, Jimmy Fallon brought “The Tonight Show” to Fortnite. To do so, it partnered with Samsung, a company that creates metaverse experiences often. The Tonight Show experience featured can’t-miss locations in NYC to visit and mini-games, some of which Fallon uses on the IRL show.

Next, three months ago, Epic Games listed its first NFT game on its marketplace. The game, Blankos Block Party, is multiplayer and features quests that players can complete to collect items. Like with Fortnite Creative, users can build their own games in Blankos Block Party, making it another in a string of popular sandbox-style games to enter the mainstream.

Lastly, eight months ago, Coca-Cola launched a new beverage designed to taste like “powering up a game.” Called Coca-Cola Zero Sugar Byte, the beverage had both IRL and digital components and included a series of mini games that users could play in Fortnite. The mini games came with a leaderboard that displayed top finishers.

The NFL’s latest partnership with Fortnite shows that more companies are still entering the metaverse space. At this rate, we may see more activations in the metaverse before Christmas, in the likes of Roblox, The Sandbox, and Fortnite as well.