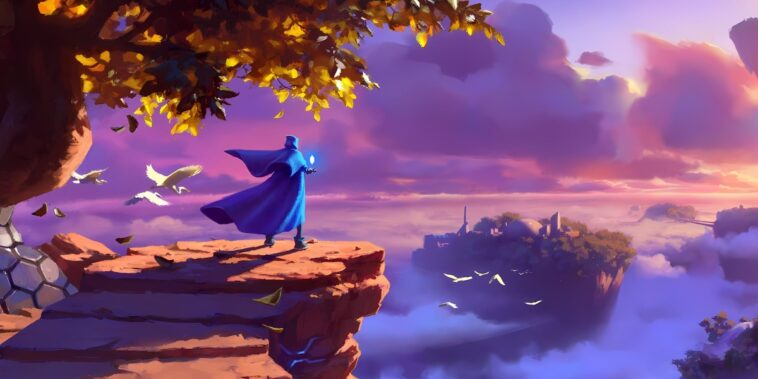 Blockchain gaming developer Horizon announced Tuesday it has raised $40 million in a Series A funding round. Brevan Howard Digital and Morgan Creek Digital led the round, which also saw participation from heavyweight traditional game publishers Ubisoft and Take-Two.

Horizon said it will use the funds for three purposes: to expand its NFT trading card game Skyweaver, build out its Sequence ecosystem, and launch Niftyswap, a semi-fungible token marketplace.

Peter Kieltyka, Horizon co-founder, said the Series A funding will allow them to attract more builders to its Sequence ecosystem via marketing and partnerships. It will also add more content to Skyweaver, which it calls “the best blockchain game.” Users have opened more than 400,000 accounts on Skyweaver since the game launched in Open Beta this year.

In addition to the heavyweight companies, the Series A funding round also saw participation from some notable individuals. These include The Sandbox’s Sebastian Borget, Axie Infinity co-founder Aleks Larsen, and Lolli’s co-founder Alex Adelman. Horizon did not disclose its valuation at the time it raised the money, though it could be considerably more than during its seed round when it raised $13.3 million.

Deborah Marfurt, CFO at Horizon, said the company was “significantly oversubscribed” for this funding round. That fact shows that Horizon is operating with correct fundamentals and has a world class team. She added the company itself is thrilled to have such a strong group of supporters to help Horizon become the definitive platform in Web3 gaming.

Although the NFT market has slumped in recent months, that hasn’t stopped top NFT companies from raising money. Here are three stories that show “bear markets are for builders” and NFT companies are preparing to build.

Second, there is Proof Collective. This month, it announced it had raised $50 million, with Andreessen Horowitz’s a16z leading the round. It will use the money to create more tools for the Web3 community, as well as work on other Web3 projects.

Third and finally, there is VeeFriends. The Gary Vaynerchuk project revealed recently that it had raised $50 million from a16z. The venture company had high praise for Vaynerchuk, saying he embodied the “ethos of entrepreneurship.”

Horizon’s fundraising round is big news, if for no other reason than the names associated with the raise. Here at Rarity Sniper, we’ll keep our ears to the ground for what Horizon will do with the money next.