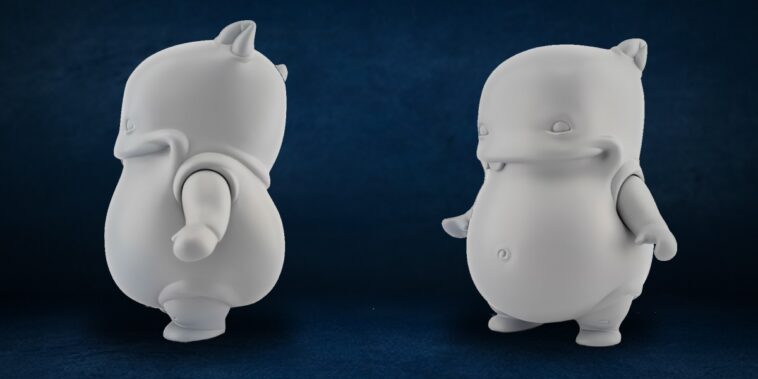 Goblintown, an NFT project that has made waves during the crypto bear market, announced it will be releasing a Grumpl toy collection. To do so, it will be partnering with Bigshot Toyworks, which bills itself as an “award-winning creative agency” that focuses on the design, development, and production of unique characters.

The announcement came through a Tweet on Wednesday, November 23rd:

The Goblintown team bills the Grumpl collection as “littel bebies” that “stik arownd” because “we keeep em heppy an fed.” According to OpenSea, there are 3,828 total in the collection. It has a floor price of 0.32 ETH and 1,547 ETH in total trading volume. There are around 7% listed as of this writing, and the collection has 51% unique owners.

Goblintown’s move to create toys out of its NFTs is not without company. From Gary Vaynerchuk’s VeeFriends to Cool Cats, many NFT teams view toys as a natural step in the evolution of their brands. Time will tell if Goblintown will be successful, but the news is certainly bullish for the NFT space.

Even during the crypto bear market, top NFT teams are forming partnerships with mainstream companies. Here at Rarity Sniper, we’ve covered countless stories of NFT projects teaming up with some of the top names in business. Here are three.

First, this week, Chimpers revealed it has partnered with the Teenage Mutant Ninja Turtles franchise. Although details about the partnership are scarce at the moment, the move bodes well for Chimpers. TMNT is a top franchise, and it builds itself with lore, as Chimpers does.

Next, Cool Cats announced in September it had partnered with Animoca Brands. The two made the move to bring Cool Cats into Web3 gaming, an area that Animoca Brands specializes in. Since then, the two have created a dynamic NFT collection that features World Cup teams.

Lastly, two months ago, VeeFriends shared that it was partnering with Macy’s. The partnership will bring 10 VeeFriend NFTs to Macy’s shelves as vinyl toys. The target audience? Children. The toys will contain a recorded message with themes like positivity to appeal to the younger demographic.

Goblintown’s partnership with Bigshot Toyworks is another bullish sign for the NFT space, which has continued to innovate despite difficult macroeconomic conditions. If Goblintown is successful, it wouldn’t surprise to see more NFT projects follow suit with their own toy lines.