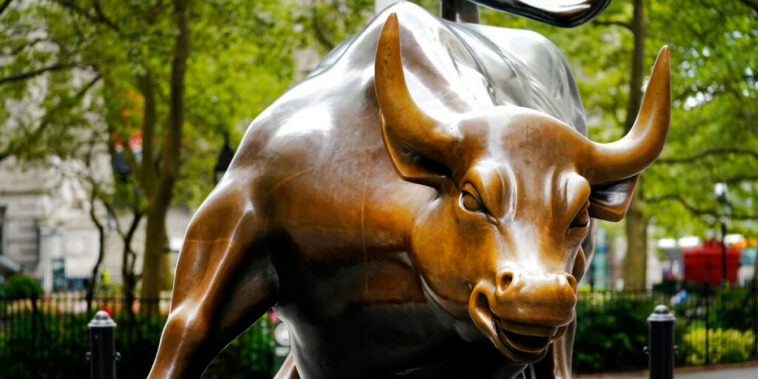 On February 10th, the New York Stock Exchange (NYSE) unveiled a surprise for the NFT world, registering a trademark with the United States Patent and Trademark Office to lay the foundation for creating its non-fungible token (NFT) marketplace.

The trademark was part of a broader application to “trademark NYSE” for NFTs, cryptocurrencies, digital collectibles, and marketplaces to trade and exchange them. Trademark and patents attorney Michael Kondoudis revealed the NYSE trademarks on Twitter.

The application contains language that suggests the NYSE may form an NFT marketplace in the future for traders of “virtual downloadable goods,” such as NFT collectibles, digital art, digital tokens, and more. It also mentions virtual reality software, cryptocurrency storage methods like wallets, and digital tokens like cryptocurrencies.

If launched, the NYSE marketplace would pit a fight between young startups like OpenSea and LooksRare and the venerable over a century old stock trading institution, an interesting dynamic between the young school of degen finance and the old school of traditional finance.

The NYSE declined to comment on the trademark applications except that the NYSE is interested in protecting its name everywhere. It mentioned no timetable for an NFT marketplace.

Although thoughts about an NYSE NFT marketplace are speculation at this point, a new marketplace that introduces more competition in the industry might be good for people who buy and sell NFTs.

The NYSE Has Dipped Its Toes into NFTs Before

The trademark application is not the NYSE’s first foray into Web 3.0. In early 2021, the organization minted six NFTs — the opening bells of the exchange being run on the first day of six prominent companies (Spotify, Snowflake, Unity, DoorDash, Roblox, and Coupang).

But the application does signal a growing interest in big business America for the metaverse, as companies scramble not to get left behind with the new technology. Various companies like Miller Lite and Tokens.com have bought land in popular metaverses. Recently, McDonald’s filed trademark applications to create virtual stores in the metaverse.

While some people are still skeptical of the metaverse, companies see this as a rare moment to capitalize on new technology while the prices are relatively low. Just in the past few months, land prices in the top two metaverses — Sandbox and Decentraland — have soared, and the prices will likely continue to rise in the coming months.

With virtual-reality concerts, virtual fashion shows, and digital goods like NFTs becoming more popular, the metaverse is likely becoming more mainstream. Organizations like the NYSE might be noting this and taking steps to join it.