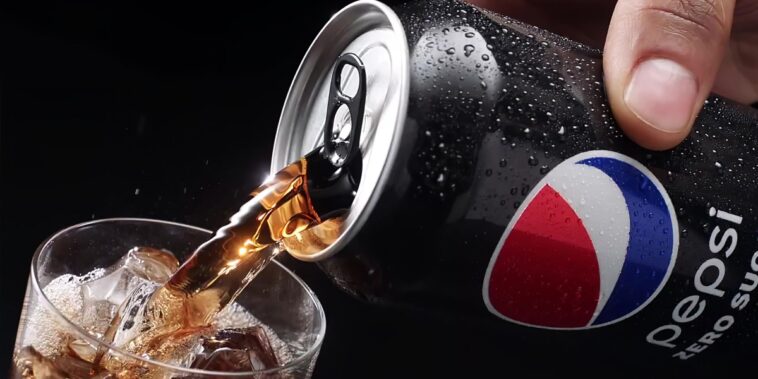 PepsiCo has teamed up with Polygon to release its first-ever NFTs in India. The “Pepsi Black Zero Sugar” collection is a set of 20 Pepsi Black-inspired NFTs on the Polygon blockchain. The NFTs were developed by the PepsiCo India design team in partnership with UK-based illustrator Timea Balo.

The NFT collection will be released as part of a campaign on the Indian social media app Moj. Through the campaign, Pepsi will invite consumers to participate in its PepsiBlackeffect challenge. To enter the challenge, consumers must click the Pepsi Black lens in the app and submit a four-portrait collage that’s “full of swag.”

Pepsi will select the winners from the collages submitted and reward them with the coveted Pepsi Black NFTs — which will be listed on OpenSea. To receive the NFTs, consumers must sign up for a Web3 wallet, if they don’t have one already. The NFTs will be minted and transferred on the Ethereum layer-2 scaling solution Polygon. As an added bonus, winners will also receive exclusive Pepsi merchandise.

Although this is Pepsi’s first NFT launch in India, if it’s anything like its hundreds of food and beverage products around the world, consumers are in for a treat.

Mouth-Watering Moves in the Metaverse

Over the past couple years, we’ve seen consumers develop quite the appetite for Web3. So, it’s not surprising to see the leading food and beverage brands meeting them where they are — in the metaverse. At Rarity Sniper, we’ve covered all their mouth-watering moves.

Here are some of our favorites:

First, Mars developed Snickers NFTs. The candy company sent patents to the USPTO to protect its iconic Snickers brand in the metaverse. The trademark requests suggested that Mars was developing Snickers NFTs to be used in “online retail store services” and “metaverse platforms.”

Next, Gatorade worked on a virtual beverage. Gatorade’s parent company, Stokely-Van Camp, filed the trademarks, which contained applications for “Gatorade” and its signature G-shaped logo. If approved, the trademarks cover Gatorade’s use for “virtual beverage products.” (Just in case you need to quench your thirst in the metaverse….)

Lastly, Frank’s RedHot entered Web3. The hot sauce company announced a competition tied to its first-ever “edible” NFT and a spoof cryptocurrency called Bonecoin. As part of the initiative, customers were invited to scan their chicken wing bones to earn Bonecoin with the one who scanned the most bones receiving the Frank’s RedHot NFT and a corresponding edible.

With all these moves from food and beverage companies, it won’t be long before we have a fully-stocked convenience store in the metaverse. And, with today’s news, it looks like Pepsi’s trying to claim its space — long before Coke does.