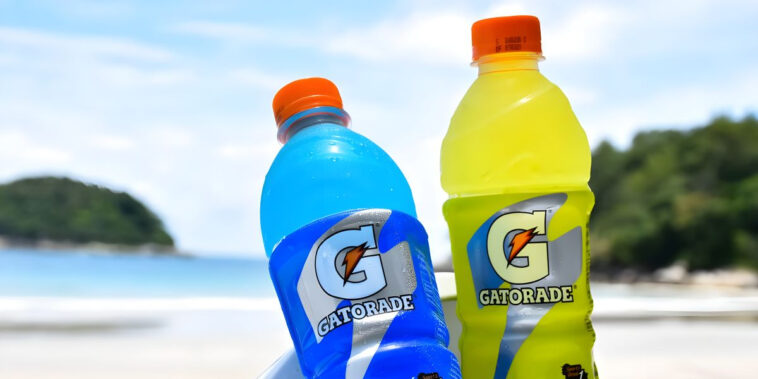 Stokely-Van Camp, the company that has the rights to manufacture and sell Gatorade, has filed trademark applications for Web3 use. The two applications cover the word “Gatorade” and the G-shaped orange, black, and white logo. The trademarks, if approved, will cover “virtual beverage products,” including digital media such as artwork, text, and non-fungible tokens.

Josh Gerben, a trademark and patent attorney, reported the news first on Twitter. Stokely-Van Camp filed both applications on April 27th. Generally, it takes six months for the U.S. Patent and Trademark Office to approve or deny trademark applications.

Stokely-Van Camp did not share what they planned to do if the USPTO approved the trademark applications. The company was one of the earliest manufacturers and distributors of Gatorade. Later, Gatorade became a division of PepsiCo in 2000 when the food conglomerate purchased the Quaker Oats Company.

Stokely-Van Camp’s filing of trademark applications could set up a virtual beverage war with Coca-Cola. Although the drink company has not revealed its plans for Powerade in the metaverse, it has released a “pixel-flavored” drink and accompanying game in Fortnite. The metaverse, then, may become another battleground between PepsiCo and Coca-Cola, this time through sports drinks.

Trademark Applications a First Web3 Step for Many Companies

Though the metaverse remains a hot topic, many companies choose to dip their toes in rather than dive in headfirst. The main way companies are testing the waters is through trademark applications. They signal intentions to consumers but do not require many resources.

A handful of companies that have filed applications in the past few months are Hooters, Victoria’s Secret, L’Oréal, American Express, the New York Stock Exchange, the NBA, Walmart, and McDonald’s.

While the companies listed above are from a wide range of industries, the language in the trademark applications is remarkably similar. Most mention a mix of virtual or digital products, different file types like audio or video, and non-fungible tokens. The Gatorade trademark application is a good case in point. They want to trademark the product for metaverse use rather than create a new product immediately.

Gatorade’s foray into Web3 also represents a strange moment: It is making its Web3 intentions clear before PepsiCo has. Time will tell how it navigates Web3 and what its virtual beverage product might entail. But given the popularity of Decentraland Fashion Week and the NFT scene, there is demand for digital goods.