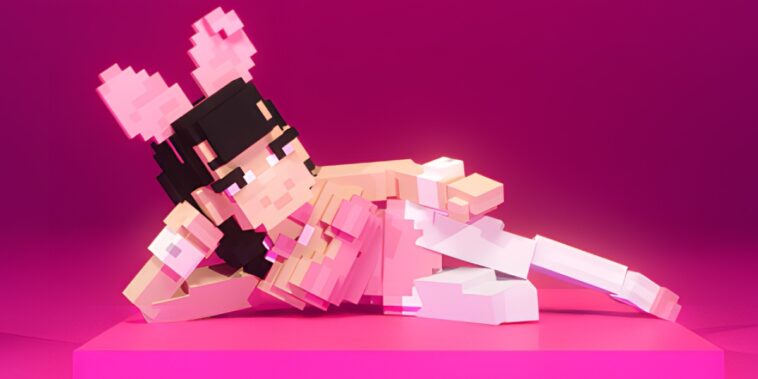 One of the most recognizable brands in the world is coming to the metaverse The Sandbox. This past week, Playboy announced it was creating a “MetaMansion” in the top-four virtual world, one that adds a social gaming experience to the company’s many facets.

An image of the MetaMansion shows a red-carpeted staircase flanked with Playboy bunnies in traditional voxel (square) style. One Playboy bunny presents the user with an envelope stamped with the letters “V.I.P.”

The MetaMansion will take advantage of The Sandbox’s participants and holders of the Playboy “Rabbitars” NFT set, launched in October 2021. Both parties will be able to receive special access to the Mansion when it opens, though details are forthcoming on that date.

Sebastion Borget, Co-Founder of The Sandbox, said Playboy has “charm” and already has had success in Web3. The metaverse is pleased to welcome Playboy onto its virtual world, enabling the brand’s fans to become “virtual neighbors” with the company after the land sale in Q3 of 2022.

Rachel Webber, Playboy’s Chief Brand & Strategy Officer, added the goal is to create a customized gaming and social experience in the metaverse. The organization can’t wait to invite Playboy Rabbitar holders and The Sandbox land owners into this new, immersive Playboy world.

Although the deal announcement is undoubtedly exciting — especially during down times in the crypto economy — users will have to wait for more details in the coming months.

Brands Bet Big on The Sandbox

The Sandbox contends with Decentraland for the No. 1 spot in decentralized metaverses, but with the partnerships, it has formed since 2021, some may argue it has the top spot. Here are three examples of The Sandbox partnering with major companies or individuals that show its clout.

First, Rarity Sniper recently reported that Tony Hawk partnered with The Sandbox to build the metaverse’s largest skatepark. The park will open on 36 parcels of The Sandbox land and came along with news of Hawk joining forces with Tom Brady’s Autograph for an NFT drop.

Second, TIME Magazine announced about a month ago that it was building a replica of New York City’s Time Square in The Sandbox. The goal for TIME Magazine is to create a destination at the heart of the metaverse where art and commerce can intersect.

Third and finally, film and entertainment company Lionsgate shared that it was bringing the movie “Hellboy” to The Sandbox’s “Action City.” And Lionsgate wasn’t stopping there. With drops of the “Rambo” and “The Expendables” boxes, the movie studio piqued interest that those movies would be on the way too.

Playboy’s partnership with The Sandbox is big news for fans of the brand and Web3 denizens. We’ll be watching closely for further developments in this story.