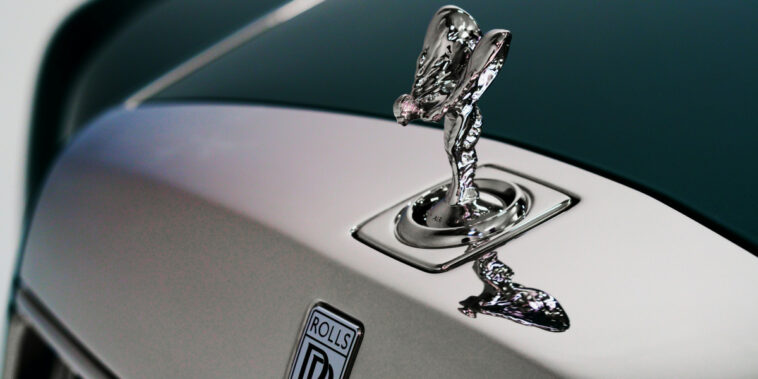 Rolls-Royce, a British luxury automaker, debuted its “The Six Elements” car series over the holidays, complete with an accompanying non-fungible token collection. The Six Elements series combines 1/1, personalized Phantom cars with artwork from renowned British artist Sacha Jafri. It also doubles as a philanthropic effort that focuses on a few humanitarian pillars.

The six cars in the series represent six elements on Earth: the five universal elements of earth, water, fire, wind, and air and a sixth element of Jafri’s selection — humanity. On December 22nd, Rolls-Royce issued a Tweet about the Phantom car based on the “humanity” element:

Each car comes with unique artwork from Jafri and an accompanying NFT. The new owners of the cars can view the NFT by scanning a QR code on the glove box inside their car. In addition, the owners are free to sell their NFT on the open market. If one did so, the royalties from the sale — baked into the code of the smart contract — would go to a charitable organization.

Already, The Six Elements car series event has raised over $1 million for charity. With the royalties from the sales going to charitable organizations in perpetuity, the company has branded this initiative, “The Rolls-Royce That Keeps on Giving.”

Jafri said with his work, including that for The Six Elements project, he aims to combine “the power of art” with the essence of love and empathy. Jafri’s painting “The Journey of Humanity” served as inspiration for the sixth element. It holds the Guinness record for the largest ever painting on canvas.

While many industries have entered Web3 this year, few have done so with as much enthusiasm as the car industry. At Rarity Sniper, we have written countless stories this year about car companies taking advantage of the next iteration of the internet. Here are three.

First, on December 18th, Aston Martin, a British luxury sports car company, officially entered Web3 with its first independent NFT collection. Three of its iconic cars served as the inspiration for the collection: the Vantage V8 Coupe, Vantage GT3 Racing Model, and 1980 Vantage V8. In a surprising twist, holders can race the cars in a metaverse game.

Next, on December 1st, Porsche announced the impending launch of its first NFT collection. The set will center around the company’s 911 car, and there will be a total of 7,500 NFTs up for grabs. To give the collection some interactivity, users will be able to influence the design of their NFT car by choosing one of three “tracks.”

Lastly, two months ago, Nissan entered Web3 with the filing of five trademark applications. The applications looked to protect Nissan’s brand in this nascent technology space and specifically its most iconic car models, including the GTR, SKYLINE, and Z. Although Nissan has not revealed its plans yet, the trademark applications suggest it may issue NFTs complete with multimedia.

Rolls-Royce’s The Six Elements project is a welcome addition to the NFT space. If it is successful, perhaps we’ll see more NFT collections related to cars in the future.