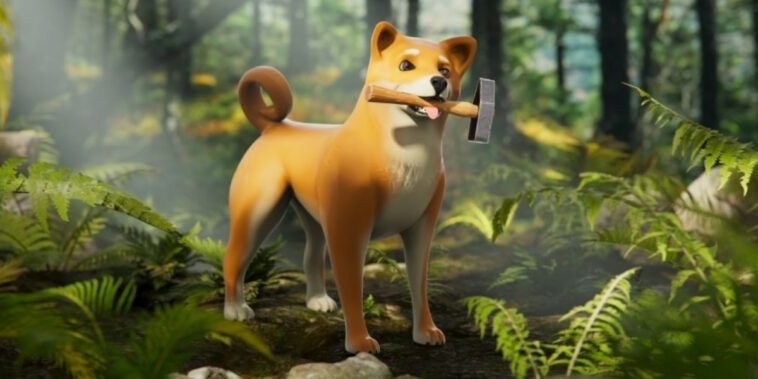 Developers behind the hot meme coin Shiba Inu say their upcoming metaverse will contain 100,595 land parcels. While not all of these land plots will be available for purchase, Shiba Inu’s team says it has begun unlocking public land NFTs.

Interestingly, Shiba Inu opted to use Ethereum rather than its native SHIB token to purchase land in “SHIB: The Metaverse.” According to an official blog post, Shiba Inu wanted to use a more “neutral coin” that could be easily converted into stablecoins.

The SHIB team feared that using its native tokens would cause a significant price drop when they transferred the profits from their NFT sales into USD-pegged coins. Shiba Inu’s team says it will use all the proceeds from these land sales to build its metaverse.

To start, 36,431 land parcels will be open for sale in “SHIB: The Metaverse.” These land NFTs could be in any one of the following metaverse areas:

Shiba Inu went on to list the rarity rankings and prices for each of its land NFTs. Similar to games like Decentraland, the location of each land NFT plays a big role in determining its value.

Aside from 4,307 private “Hubs,” here’s how Shiba Inu organizes its land categories:

While players can’t use SHIB, LEASH, or BONE tokens to buy land NFTs, Shiba Inu says these cryptos will play a central role in its metaverse. Those who hold official Shiboshi NFTs will also gain exclusive benefits in the SHIB ecosystem.

For instance, Shiba Inu says it took a snapshot in February of everyone who held at least one Shiboshi NFT. 2,000 Shiboshi holders were given VIP access to land NFT sales in “SHIB: The Metaverse.”

The official domain name for SHIB’s upcoming metaverse is “shib.io.” People who want to participate in the first phase of NFT land sales must lock a minimum of 0.2 LEASH or one Shiboshi NFT for 45 days.

Does Dogecoin have any metaverse plans?

Although the Dogecoin team doesn’t appear to have metaverse ambitions, it remains the “top dog” for meme tokens. More companies have also signaled they feel comfortable accepting either Dogecoin or Shiba Inu for payment.

For instance, AMC Theatres now accepts both meme tokens via BitPay. A few other businesses that accept either Dogecoin or Shiba Inu include: