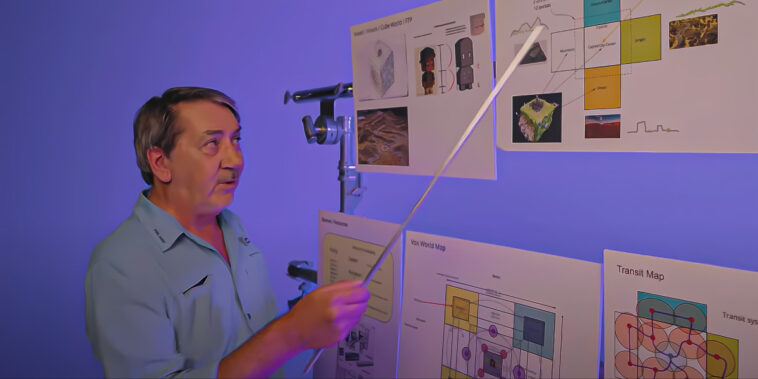 Will Wright, the creator of The Sims and Sim City, is turning his attention to the metaverse through his latest project VoxVerse. A decentralized world that relies on cryptocurrency and the blockchain to function, VoxVerse is Wright’s answer to player-built and run worlds, the type of video game that has become popular within the past 15 years or so.

As the game’s title suggests, VoxVerse will render in the cube-like “vox” style. That goes for the players, buildings, and the world itself. There will be a large city in the center of VoxVerse for cultural events and trading, along with six sides that will have distinct themes. Each side will have a unique topography, such as the “mountain” side or the “jungle” side.

Wright’s video game touch will manifest in several ways. There is the “shaping” feature, where beginners can take a common object and shape it into something unique and interesting. VoxVerse will also have a reputation component for its characters. This component allows the characters to take on roles in the game.

This relationship component makes VoxVerse unique among budding metaverse games, which allow players to interact but may lack a specific game-style relationship variable that serves as a role-playing function. There is no timetable yet for the release of VoxVerse or when the team will release any more trailers.

Although gamers have generally not been happy with people integrating NFTs and the blockchain into titles, that hasn’t stopped some top gaming companies from doing so. Here are three stories involving game creators and Web3 this year.

First, there is Mythical Games. The Web3 gaming company recently announced a plan to launch a gaming DAO and Foundation. The goal for Mythical Games is to decentralize, keeping with the ethos of Web3. The move came with a plethora of partners throughout the Web3 ecosystem.

Second, there is Square Enix. Three months ago, the company best known for its Final Fantasy series unveiled its first NFT collection based on Final Fantasy VII. The collection also came with some IRL perks, including the possibility of winning a Cloud Strife action figure.

Third and finally, there is Krafton. Eight months ago, the PUBG creator announced it was getting into Web3. It did so by investing into smaller companies with the memorandum that they focus on producing NFT-related projects.

Will Wright’s new game is a big win for the Web3 space, as he is possibly the biggest name to try and develop a Web3 title. Here at Rarity Sniper, we’ll be paying close attention for further developments in the story.