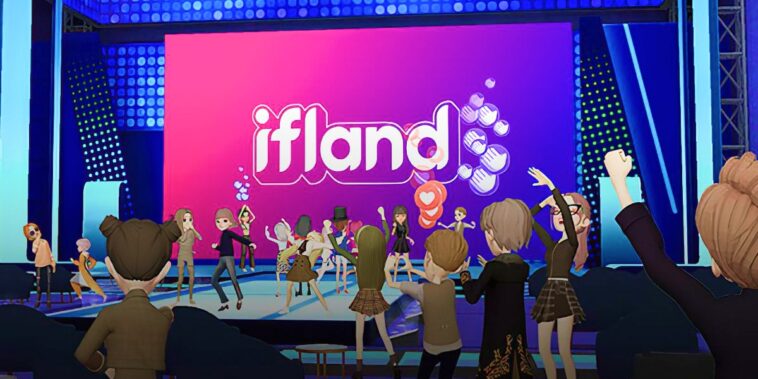 SK Telecom, the largest mobile service provider in South Korea, is staging a series of free virtual concerts every night this week on its ifland metaverse platform.

The concerts, which began Monday and last until Sunday, July 3rd, will be the world’s first live concerts in a metaverse using volumetric image capture technology, according to the company.

Volumetric technology was developed by SKT during the Ifland Metaverse Music Festival and represents the next generation of AR and VR experience. It makes use of 100s of cameras from all angles to generate naturally moving 3D models in virtual reality.

The Metaverse music festival features eight singers and a female avatar group. Some of the K-Pop artists that will be featured include Jujkae, Lee Lu-li, Younha, Jamie, Suran, Minsu, Yoon Ji-young, and Youra. There will also be a meet and greet with fans on Thursday. The concerts take place in Volumetric Concert Hall via SK’s ifland metaverse platform, starting at 8 p.m. each day.

During the concerts, fans will have the chance to mingle and socialize via their virtual avatars. They can also roam freely through the sphere-shaped hall, and whether they want to walk, float, or fly by on skyboards is up to them.

The festival is part of SKT’s initiative aimed at Generation Z to merge metaverse technology with K-Pop content. Other concerts featuring Korean artists are already scheduled in ifland for August.

South Korea is Bullish on Web3

If you’ve been following NFT news this year, then another virtual concert in the metaverse sponsored by a company like SKT should come as no surprise. But what makes South Korea special is that not just brands, companies, and pop stars are investing in the metaverse — the entire country is bullish on Web3.

Earlier this year, we reported that South Korea’s Ministry of ICT, Science, and Future Planning pledged $186.7 million to create a metaverse ecosystem and support the growth and development of non-fungible tokens (NFTs) and futuristic technologies in the country. The investment was part of an initiative that’s being called the “Digital New Deal.”

Shortly after, the alternative blockchain Solana poured $100 million into South Korea’s emerging Web3 market. Most of the money will go towards projects in the blockchain gaming sector.

Although South Korea isn’t the only geographical entity to enter the Web3 space — Catalonia, Spain is building its own metaverse and Beverly Hills recently filed for NFT-related trademarks — it appears to be the most committed and well-funded at this point.