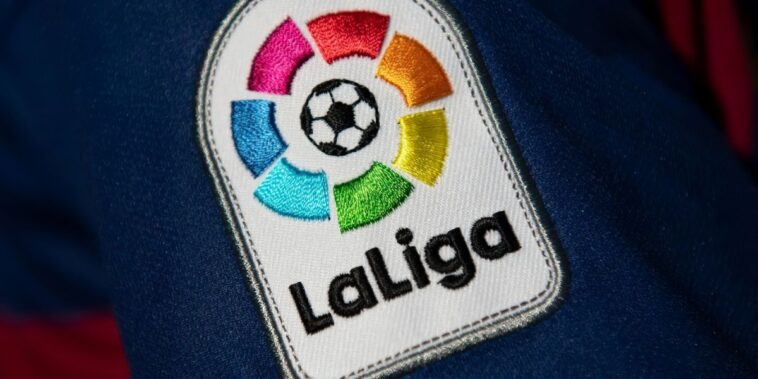 Spain’s premiere soccer league, LaLiga, has long been the site of the beautiful game’s deep dives into Web3. Recently, FC Barcelona has expressed an interest in the nascent technology and Real Madrid has filed trademark applications for the next iteration of the internet. Now, the entire league is getting involved.

According to a press release, LaLiga has signed a joint licensing agreement with Web3 companies StadioPlus and Vegas City Limited to enter Decentraland (DCL). There, the league will try to woo a new generation of soccer fans through sports metaverse experiences.

The building of the virtual experiences will take place in DCL’s Vegas City, which is the main Decentraland district for sports, gaming, and entertainment. James Ashton, the CEO of Vegas City Limited, said the company is “very excited” to work with La Liga, StadioPlus, and Decentraland to develop a new soccer project that will surprise and offer new experiences to a new audience.

Stephen Ibbotson, the head of licensing and franchising for LaLiga, added that it is essential for the league to continue innovating and offering the best of its competition to its fans. The licensing agreement will allow the league to reach a new and relevant audience, one that frequents the Decentraland metaverse.

None of the parties involved disclosed the terms of the licensing agreement. As of yet, it is unclear what type of experiences the league will offer, though other teams and leagues have experimented with the virtual watching of games, fan tokens, and fantasy soccer competitions. La Liga issued the press release on September 13th, 2022.

In addition to LaLiga and its teams, other soccer franchises have dived deep into the waters of Web3. Here are the three stories Rarity Sniper has covered involving the beautiful game and the next iteration of the internet.

First, there is Major League Soccer. A month ago, the league licensed Bored Ape #6045 to appear as its Web3 mascot. “Striker,” as the league called the Ape, “signed” a pro contract just before the much-anticipated MLS All-Star Game.

Second, there is Italy’s Serie A. The league was the first to bring soccer into the metaverse, broadcasting a game between AC Milan and Fiorentina in The Nemesis metaverse. Serie A CEO, Luigi de Siervo, said the league did so because “technological innovation” is important for a modern sports league.

Third and finally, there is Major League Soccer again. Six months ago, the league signed an agreement with soccer fantasy sports company Sorare to license the likenesses of its players to the fantasy soccer game. It was a big win for MLS, as Sorare is a large NFT company, and its game had not featured teams located in the United States.

LaLiga’s entrance into the metaverse is big news and not only because it is one of the top soccer leagues in all of Europe. It shows soccer continues to innovate within Web3 through a variety of ways. Here at Rarity Sniper, we’ll keep our ear to the ground for further developments in the story.