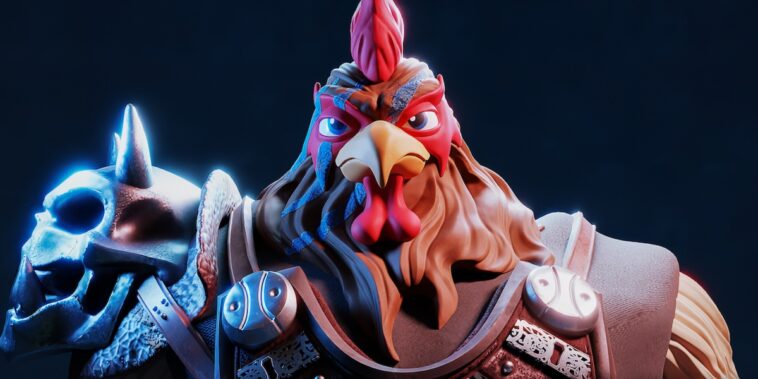 Credit: The Legend of COCKPUNCH

Tim Ferriss, bestselling author of “The 4-Hour Workweek,” made his entrance into Web3 on December 7th with the launch of his NFT project “The Legend of Cockpunch.” And it quickly made an impact, selling out instantly and topping all collections in 24-hour sales volume with over $3.3 million in secondary sales.

Today, the 5,555 NFT collection of Roosters has a floor price of 1 ETH with a market cap of $6.9 million at this time of writing. Since launch, the collection has seen $4.3 million in secondary sales, beating out top collections like the Bored Ape Yacht Club and CryptoPunks during that period.

According to Ferriss, “The Legend of Cockpunch” is not just an NFT project. It will be an emergent long fiction story that Ferriss will tell through podcasts. The OpenSea description for the collection states that it is “the tale of a fantastical realm” and a “universe of the bizarre” from the mind of Ferriss.

In an ode to Web3, holders of “Cockpunch” NFTs will receive limited commercial rights over the character in their NFT. According to the licensing agreement, owners of these NFTs will be able to create derivative works featuring their character, so long as the derivatives don’t infringe on the copyright of the larger project.

Ferriss wrote on Twitter that the turnout for the Cockpunch mint humbled and amazed him, so much so that he was at a lack of words. In that same Tweet, he thanked everyone who participated in the mint and the team behind the project. He also noted that all primary sales from the mint will go to his charitable foundation.

Even during the NFT bear market, many teams are dropping non-fungible token collections. At Rarity Sniper, we’ve covered countless stories about just that in the past several months. Here are three from the past week.

First, on December 8th, legendary basketball player Scottie Pippen announced he would be launching his first NFT collection later in the month. The collection, called SP33 Collection, will celebrate the player’s basketball career and most notably, the sneakers he wore while playing. The collection will have many IRL perks for holders.

Next, on December 5th, Coca-Cola revealed it is dropping an NFT collection to commemorate the World Cup in Qatar. The collection, titled “Piece of Magic,” will feature unique digital artwork based on “heatmaps” from actual games. Crypto.com, Coca-Cola’s partner for the drop, called the NFTs a “a completely new form of memorabilia.”

Lastly, a week ago, Porsche announced it was entering the Web3 space with an NFT collection. The drop will occur in January and center around the Porsche 911 car. All told, there will be 7,500 total NFTs, and users will be able to influence the design of their NFT by choosing one of three “tracks.”

Tim Ferriss made a big splash in his NFT debut, and it showed that big names are still entering the space. If he is successful, other big-time authors may join the fray.