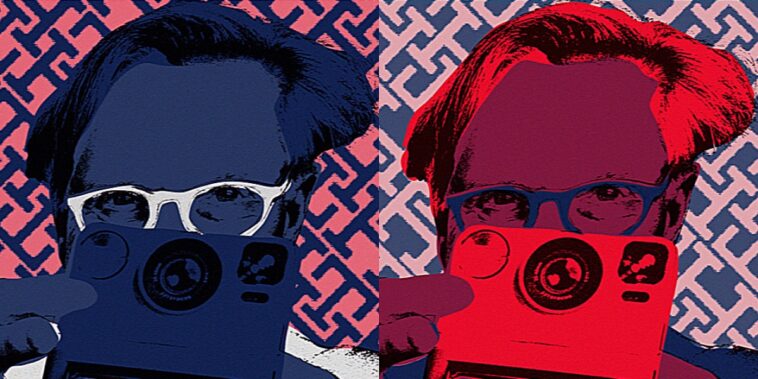 Web3 is known for innovation. From blockchain games to cryptocurrency, it seems every market cycle something new emerges that captures the imagination of the public. Now, at New York Fashion Week, one designer has added a layer of intrigue to non-fungible tokens: an easy, accessible way to collect them, simply by tapping a design on the wall.

The site of the innovation was the Tommy Hilfiger fashion show designed as a recreation of Andy Warhol’s “Factory.” All 1,200 invited guests, which included Kate Moss, Travis Barker, and street artist Mr. Brainwash, had the option of receiving a limited-edition Tommy Hilfiger NFT — a moving picture of Hilfiger taking a Polaroid in Warhol’s color-blocked style.

To do so, all the guests needed to do was tap their mobile phone to an NPC, which is a tag that authenticates the physical item it is attached to. The team at the Hilfiger show put the NPCs on the walls of the “Factory,” so that guests were able to simply tap their phone and receive the NFT.

The drop was also notable in that it required no cryptocurrency. Guests were able to download the NFT straight into a digital wallet with no thought of gas fees. That made the process simple and easy, a reflection in how some brands want to integrate Web3 into their events. It also calls to mind the word “phygital” or the meshing between digital and physical worlds.

Designer Tommy Hilfiger said that the 2022 Fashion Show was a “multiverse experience.” Guests were able to receive their NFTs in under a minute, and he looks forward to exploring the intersection between Web3 and fashion further down the road.

New York Fashion Week is generally all about the clothes, but this year has had a decidedly Web3 flair. Here are three stories from NYFW that integrated Web3 with the fashion.

First, there is SuperRare. The NFT art marketplace opened an IRL NFT gallery in SoHo for NYFW, displaying works from artists like Antoni Tudisco and Caitlin Cronenberg. The gallery came in partnership with Gucci, which runs a digital gallery called Vault Art Space.

Second, there is Bloomingdale’s. One week ago, the company announced it would open a metaverse fashion store for NYFW to celebrate its 150th anniversary. The interactive virtual store had 360-interactive displays of luxury products and feature collections from Baccarat, Byredo, and David Yurman.

Third and finally, there is PUMA. The German sports apparel company launched a metaverse portal for New York Fashion Week. It featured three different experiences and allowed holders of PUMA NFTs to redeem them for IRL shoes.

Tommy Hilfiger’s NFT innovation is a big deal and shows that more companies are using Web3 to spice up events. We’ll keep an eye out for future developments in the “phygital” space, featuring Hilfiger and any other company.