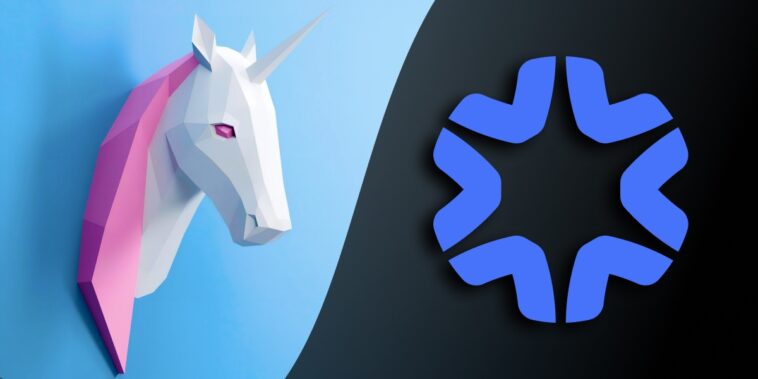 Uniswap, a decentralized cryptocurrency exchange, announced on June 21st that it had acquired NFT aggregator Genie. The move comes as Uniswap intends to add an NFT trading vertical to its platform. The terms of the agreement were not disclosed.

Genie is well-known within the NFT world for allowing the purchase of multiple NFTs in one click. The company is also an aggregator, pulling NFT listings from various NFT marketplaces. These technologies could give Uniswap an edge in pursuing its NFT ambitions.

Long-time lovers of Genie will not be left out in the cold in this deal. Uniswap announced that holders of the Genie:Gem NFT would receive an airdrop in USDC. The airdrop will start in August of 2022. Users will also have access to Genie’s services until the new Uniswap NFT vertical is live.

As far as that NFT vertical, Uniswap plans to start with Uniswap Web, then likely filter down to other parts of its platform. The NFT side of Uniswap Web has a launch for the fall of 2022.

The purchase of Genie is not Uniswap’s first venture into the NFT space. In 2019, it launched Unisocks, the first instance of an NFT liquidity pool. The company also helped pioneer the use of SVGs on-chain. To it, NFTs are an important gateway to Web3.

Big Moves in the Bear Market for NFT Companies

Although the bear market has sapped much of the enthusiasm (and trading volume) in the NFT world, many big companies are still making moves. Here are three examples of movers and shakers (doing as they do) since the crypto crash.

First, Solana Labs made waves at NFT.NYC by announcing the production of a Web3 phone called Saga. This phone will come with various Web3 integrations like a seed vault to store non-custodial wallet seed phrases. It has a release scheduled for Q1 of 2023.

Magic Eden, a Solana NFT marketplace, made a big move in the past week, raising $130 million to bring its valuation to $1.6 billion. It is the leading market on Solana and perhaps the only marketplace with the momentum to take down OpenSea.

Finally, eBay, the e-commerce giant, acquired NFT marketplace KnownOrigin. The move solidifies eBay’s ambition to allow for the trading of digital collectibles in its suite of services. Although it had allowed selling NFTs on its main platform since 2021, the process had had problems.

Time will tell how Uniswap’s acquisition of Genie goes, but there’s no doubt that many in the crypto world see this bear market as a time to make moves.